Gallbladder Surgery: What you need to know 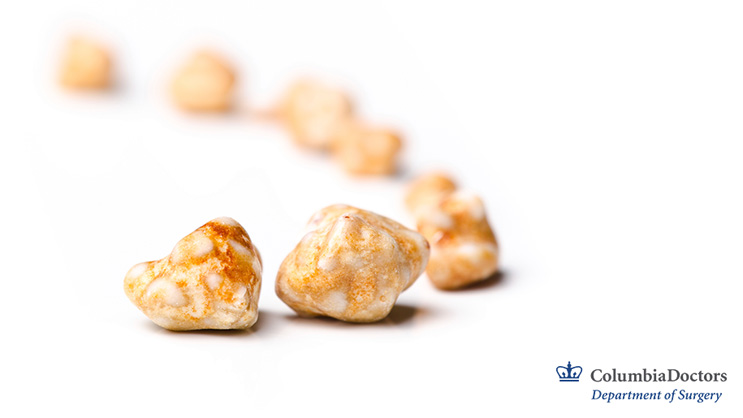 Gallstones affect up to 1 in 10 people, making it the most common disease of the gallbladder and one of the most common problems leading to surgery overall. Surgery is performed not just to relieve immediate symptoms, but to also prevent ongoing attacks of gallstones and other complications.

Zachary Gleit, MD, Assistant Professor of Surgery at NewYork-Presbyterian/Columbia and Director of Surgery at the Allen Hospital, answers frequently asked questions about gallbladder surgery below.

Gallstones form when the chemical makeup of the bile becomes imbalanced, and bits of extra cholesterol or bilirubin, a substance in the bile, harden into small particles. Bile is a yellowish-green fluid produced by the liver and stored by the gall bladder, and which helps to digest fats.

Women, Hispanics, and Native Americans are at highest risk; other risk factors include obesity, diabetes, and higher estrogen levels (which may occur during pregnancy, while taking birth control pills, or hormone replacement therapy).

In addition to causing pain and gastrointestinal discomfort, gallstones are associated with a small but increased risk of gallbladder cancer. However there are a host of additional risks that are more pressing, including:

If gallstones have caused pancreatitis, patients have a high risk of recurrent pancreatitis (30% within 6 weeks) if the gallbladder is not removed promptly after the pancreatitis attack.

Because of these risks, patients are almost always advised to undergo gallbladder removal once they start having symptoms related to their gallstones.

I have gallstones. Must I have my gallbladder removed?

While medication and lifestyle changes might be an important part of the treatment plan (see below), if the gallbladder is not removed, the risk of recurrent attacks is high enough that surgery is actually considered to be a preventive measure. Gallstones do not pass through the body like kidney stones do. Rather, every time fat is consumed, the gallbladder contracts and causes pain and other symptoms.

The most common and safest approach is to surgically remove the gallbladder through a procedure called laparoscopic cholecystectomy.

How safe is gallbladder surgery?

Removal of the gallbladder is among the most common operations performed every day, both across the country and by the Division of General Surgery. Our surgeons use a minimally invasive, laparoscopic approach through four very small incisions; most patients are able to return home the same day and return to work after one week. Removal of the gallbladder is considered extremely safe, as complication rates are less than 2%.

Can I take medicine to dissolve my gallstones instead of surgery?

Medicines to dissolve cholesterol gallstones include ursodiol (Actigall) and chenodiol (Chenix). These are not considered a first-line approach to treatment because it takes months or years of taking the medication to dissolve the stones if it works — but it works in only about half of patients, and stones return if the patient stops taking the medication. These medications may be considered if a patient is unable to undergo surgery due to other medical conditions.

Can I prevent gallstones by losing weight or avoiding fatty foods?

Obesity can increase cholesterol levels and prevent the gallbladder from emptying completely. Preventing gallstones is just one of the many benefits achieved by eating a low-fat diet and maintaining a healthy weight. However, the nature of the disease is such that once symptoms start, most people will continue to have more. Losing weight and avoiding fatty foods may possibly help reduce the severity or frequency of attacks, but will not reverse the overall trend towards forming more stones. Ironically, patients who undergo extremely rapid weight loss (such as after bariatric surgery) are at a higher risk of developing gallstones and may be prescribed ursodiol as a preventive measure.

For more information, please visit columbiasurgery.org/general-surgery. We have convenient locations in Washington Heights and Inwood in Upper Manhattan, Midtown, and Bronxville (Westchester County). 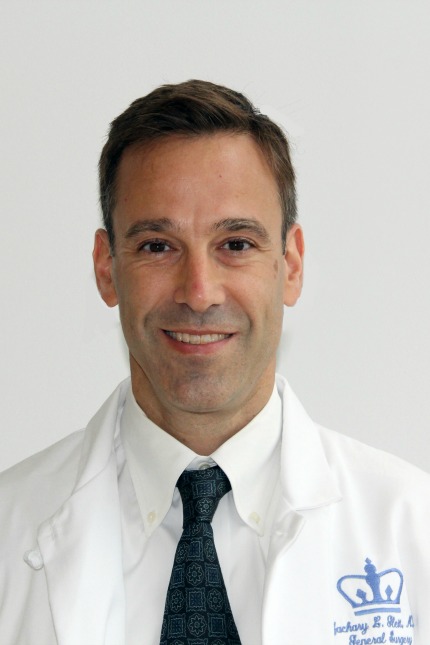