The Gastric Cancer Care Program of NewYork-Presbyterian/Columbia University Irving Medical Center is committed to providing the highest quality of care through early detection initiatives and multidisciplinary collaborative care. Our specialized teams can perform the following diagnostic and treatment services, including robotic surgical options not offered elsewhere:

For more information about the Gastric Cancer Care Program or to request an appointment, please contact one of our doctors below. 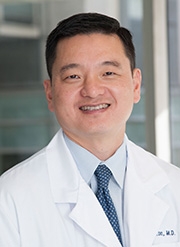 Dr. Yoon is the Chief of the Division of Surgical Oncology. He was recruited from Memorial Sloan Kettering Cancer Center in 2021 and is an expert in the treatment of patients with gastric and gastroesophageal junction cancers, including the performance of robotic gastric surgery. Dr. Yoon is one of the highest volume stomach cancer surgeons in the US, having performed over 1000 stomach cancer surgeries and over 300 robotic surgeries. For patients with gastric adenocarcinoma, Dr. Yoon’s average number of nodes resected during gastric adenocarcinoma surgery is 40. 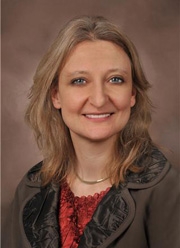 Dr. Schrope joined the faculty of the Department of Surgery in July of 2001. She is an expert in minimally invasive surgical techniques for benign and malignant conditions of the stomach, and she is the author of numerous publications in the field of GI surgery.

Generally found after the age of 69, and is more likely to strike men than women

What are the Types of Stomach Cancer?

The majority of gastric cancers, (>90%) are adenocarcinomas, an abnormal growth of the inner lining of the stomach wall.

Other Cancers of the Stomach

How Common is Stomach Cancer?

In Japan and Korea, where the incidence of gastric cancer is much higher, screening endoscopy is a national health policy which has improved gastric cancer survival.

What are the Symptoms of Stomach Cancer?

Symptoms of earlier stage gastric cancers are usually vague and similar to those of minor stomach aches, indigestions and infections.

If you experience persistent symptoms listed below, please contact your doctor:

What are the Risk Factors for Stomach Cancer?

The following factors influence the risk of developing stomach adenocarcinoma.

If you or someone you know have any of the risk factors listed or have abdominal symptoms for the past three months, please contact the Gastric Cancer Care Program by calling one of the doctors aboveto assess your risk of having or developing gastric cancer.

How do you Diagnose Stomach Cancer?

The gold standard for diagnosing stomach cancer is an upper endoscopy or esophagogastroduodenoscopy (EGD). A gastroenterologist will guide a
small camera and light into the stomach to visually inspect the stomach. If the doctor sees anything abnormal, the doctor will take a sample (a biopsy) of it and send it to a pathologist for evaluation. The pathologist will evaluate the sampled tissue under a microscope to look for abnormalities including cancer cells, H. pylori infection, and inflammatory or precancerous changes. If gastric cancer is confirmed, additional diagnostic procedures such as an endoscopic ultrasound (EUS) may be requested. During an EUS, a special endoscopic equipment using sound waves will be employed to determine the depth of tumor invasion and identify lymph nodes around the stomach, which may harbor cancer cells.

Further work-up of stomach cancer includes CT of the abdomen and pelvis, CXR, and at times, PET scan. These non-invasive imaging tests will provide additional necessary information about the extent of tumor, whether or not it has spread to the lymph nodes or distant organs such as liver or peritoneum. A multidisciplinary team led by one of the physicians will then review all of the information and recommend the best treatment for each individual patient.

How is Stomach Cancer Treated?

On average the long-term survival rate in the United States is 32%. At the Gastric Cancer Care Program of NewYork-Presbyterian/Columbia University Irving Medical Center, we are committed to changing this statistic through the promotion of early detection initiatives and providing the highest quality of care through our multidisciplinary team of experts.

The three main treatment options for gastric cancer are surgery, chemotherapy, and radiation. Hormonal therapy may be an option for a small percent of patients with a certain type of tumor biology. Surgery, however, remains the primary option for curative therapy.

Small early gastric cancers (less than 2cm) involving only the first two layers of the stomach wall can be cured with endoscopic removal of the abnormal tissue. Since some early cancers have minimal chance of spreading to other areas, a trained endoscopist can perform either an Endoscopic Mucosal Resection (EMR) or Endoscopic Submucosal Dissection (ESD), two procedures that remove the cancerous tissues in a non-surgical, minimally invasive way. The procedures offer a curative removal of the tumor without the need for open surgery.

Advanced gastric cancers are most commonly treated by surgery. Surgery involves removing part or all of the stomach as well as the lymph nodes, which aid in the body’s clearing of infections, toxins, and more. Subtotal distal gastrectomy, the removal of two-thirds of your distal stomach, is performed for tumors in the lower portions of the stomach. A total gastrectomy, removal of the entire stomach, is performed for tumors, which are in the upper portion of the stomach. The extent of lymph node removal during the operation depends on the depth of tumor invasion of the stomach wall. In many cases, this can be performed using minimally invasive laparoscopic approaches and robotic assistance.

Similar to laparoscopic surgery, robotic surgery enables surgeons to operate through a few small incisions (cuts) instead of a large open incision. However unlike laparoscopic surgery, robotic surgery uses a higher definition camera and more advanced instruments that have a greater range of motion than the human hand. The camera and instruments are attached to a 4-arm robot, and the robot arms are controlled by the surgeon using a robotic console.

When gastric cancer is diagnosed in more advanced stages, patients may require a combination of treatments including surgery, chemotherapy, and radiation therapy.

In some circumstances the tumor will be too extensive to be removed through surgery, especially when the cancer has already spread beyond the stomach to distant organs. In these cases, the patient’s medical team will evaluate options of chemotherapy and sometimes radiation in order to shrink the tumor and alleviate his or her symptoms such as pain or bleeding.

What is stomach cancer?

Who is at highest risk of developing gastric cancer?

The highest rate of gastric cancer occurs in Japan, Korea, Singapore, Taiwan, Chile, Brazil, and Iceland (and among natives of those countries even if they no longer live there).

Is gastric cancer passed through families?

People in families with family cancer syndromes such as hereditary nonpolyopsis colorectal cancer (HNPCC) and Li Fraumeni Syndrome are at higher risk of colorectal cancer and gastric cancer. A family history of breast cancer, including presence of the BRCA1 and BRCA2 genes, also increases the risk of stomach cancer. People with defects of the CDH1 gene have close to a 100% chance of developing gastric cancer.

How serious is stomach cancer?

Stomach cancer is curable if it is detected in early stages and removed. If it is not found until advanced stages, surgery may no longer be possible. The overall survival rate in the US is about 32% at five years after diagnosis.

How is stomach cancer treated?

Gastric cancer is treated by surgical removal of the stomach and the nodes adjacent to the stomach. In some cases, surgery can be performed using minimally invasive approaches and robotic assistance.

Which stomach cancers are best suited for robotic surgery?

Gastrointestinal stromal tumors and neuroendocrine tumors (a.k.a. carcinoid tumors) are less common forms of stomach cancer. Many of these tumors can also be removed using robotic surgery.

What are the benefits of robotic surgery for stomach cancer?

Benefits of robotic surgery include:

For more information about the Gastric Cancer Care Program or to request an appointment, please call one of the offices above.

Here For You, Now More Than Ever

Even with the Covid-19 situation, we’re still here to give you the care you need. Our team is ready to provide virtual visits for any issue, and we have all the necessary precautions to safely do in-person visits for situations requiring an examination. Read about the lessons we’ve learned from the pandemic, and how they will help us give better, safer care than ever.