45 Is the New 50: A conversation with Dr. Steven Lee-Kong on the Colorectal Cancer Screening Update 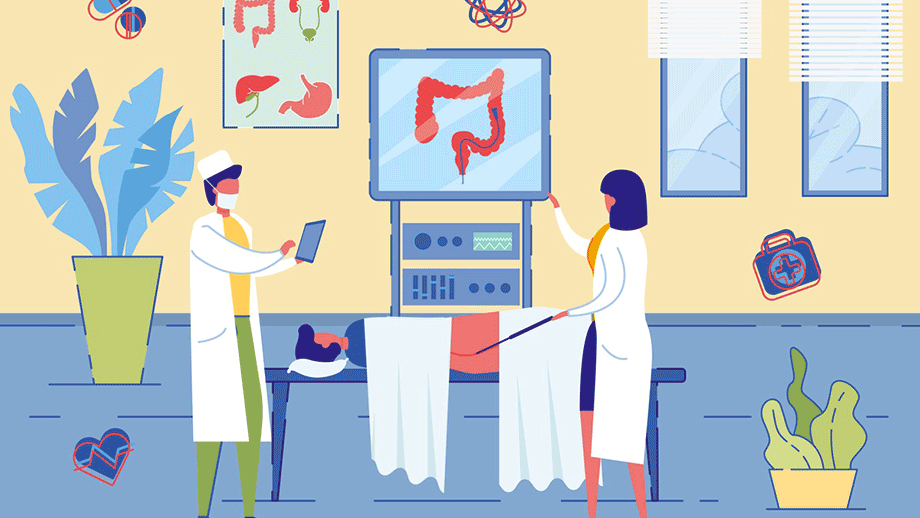 At the end of October, the U.S. Preventive Services Task Force updated their colon cancer screening guidelines to lower the age at which people should begin screening from age 50 to 45—a critical change that reflects a climbing trend of higher rates of colon and rectal cancer in younger people.

We talked to colorectal surgeon Steven Lee-Kong, MD about colon cancer screenings, treatment, and what you need to know.

Let’s start at the top: Why is 45 the new 50 for colorectal screening age?

One may just be that routine screening of patients 50 and older is now catching polyps and preventing cancers in that age group and above, so it looks like there's a shift in the incidence to those that are younger than 50 because they hadn't been screened. Whether or not we should have been screening people younger than 50 all along, it's unclear. And there may be other factors involved as well.

And it’s important to know that as you get older the incidence actually goes up. So, 60-year-olds are higher than 50-year-olds and so forth, but I think we've changed the perceived incidence just based on the fact that screening has become a lot more widespread over the last decade or two.

Are there external factors or environmental factors contributing to the rise of colorectal cancer in more and more younger people?

Again, hard to know. I think we know that certain ethnic groups, racial groups, are at higher risk of both developing colorectal cancer and death from colorectal cancer, specifically African Americans. And as the demographics of our country have changed over time that may be also playing into why there's an increase in incidence in younger people.

Is there anyone exempt from starting colorectal screenings at age 45 or is this recommended for everyone across the board?

Right now, it's recommended for everyone across the board starting at age 45. Those who have a significant family history—so a first-degree relative with advanced neoplasia or cancers, multiple family members in a group—should be screened earlier, depending on the age at which that index family member developed their cancer. For example, if you have a brother or sister who was 40 when they were diagnosed with colorectal cancer, all of their first-degree relatives should be screened 10 years prior to that, so starting at age 30.

Patients who have a known genetic predisposition should also be screened earlier, based on those separate guidelines. So, patients with a family history or a personal history of Lynch syndrome or FAP [familial adenomatous polyposis]— genetic cancer syndromes that predispose to the development of colorectal cancer—should be screened earlier.

How young is young in the context of colorectal cancer? Have you treated patients in their twenties?

The youngest rectal cancer patient that I've taken care of outside of someone with known family history I think was 21.

Wow. Colorectal cancer is frequently referred to as a “silent killer” because often there are no symptoms, but what are symptoms when they do occur?

Are there any other screening tests, other than colonoscopy that people should know about?

There are. So, there's one is called Cologuard, it's a stool-based test where a stool sample is collected at home and mailed to a lab to be analyzed for DNA changes that are consistent with the development of colon cancer or an advanced polyp. If that test comes back positive, those patients are recommended to have a colonoscopy to assess.

You can also get a CT scan, it's called a virtual colonoscopy or a CT colonography, and that’s also a non-invasive test. You still have to do a bowel prep as you would for a routine visual colonoscopy with a colonoscope but it does avoid the need for sedation and the actual instrumentation required for a colonoscopy.

How do you recommend screening options? Are there instances when one method may be better than another?

It’s always a conversation. I talk to patients about all the options. Most patients in my practice will tend to want a "real" colonoscopy because you have the opportunity to intervene if you see anything. If you see a large polyp or something smaller you can certainly remove that polyp and prevent that polyp from going on to develop into a cancer. But, for patients that for whatever reason are unwilling or unable to undergo a traditional colonoscopy, these other options are available.

In this Covid era, have more patients been leaning toward Cologuard since that can be done at home?

I've seen a couple. It's hard to say if there is a trend or not but in the couple of months post-Covid I have seen several people who've had Cologuard exams. I usually don't see them if they're negative so I've seen three or four that have been positive that have gone on to get colonoscopies.

For someone who's getting preventive colonoscopies and they're coming back negative, how often should they be getting a colonoscopy? Has that recommendation changed?

As long as the prep is good, it’s still every 10 years.

Will you explain the difference between colon cancer and rectal cancer?

The rectum is the end part of the gastrointestinal tract that's probably the last 12 to 15 centimeters of the large intestine, right before the anus. Cancers in the colon are treated differently than cancers in the rectum for a number of reasons. Biologically they act quite differently, in terms of recurrence, risk, and how they're treated. The bigger issue is rectal cancers are treated differently because for patients with locally advanced rectal cancers quite often patients will get neoadjuvant treatment before an operation, so chemotherapy and/or radiation therapy prior.

For colon cancer there generally isn't neoadjuvant treatment that's needed. Once the cancer is diagnosed and they've been staged, meaning they've gotten cross-sectional imaging to exclude metastatic disease, the treatment algorithm jumps right to surgery to remove that section of the intestine. For rectal cancer, we can more adequately stage the primary tumor. Several studies have demonstrated that if you're able to pre-treat those tumors prior to surgery the patients do better long term. So that's really the big difference between colon cancers and rectal cancers.

What’s the most important thing you tell your patients?

Colon and rectal cancers are one of the few cancers we can actually prevent by doing something, and that's getting a colonoscopy. For patients that have had polyps removed at the time of colonoscopy I reassure them that once I get the pathology back, which usually takes only a couple days, we'll have a more detailed discussion about what happens next. As long the polyps are benign I'd recommend their next colonoscopy, again, depending on the number of polyps that we removed, and the quality of the bowel preparation.

For patients with a cancer diagnosis, then it really depends on where it is—if it's colon or rectum. But usually, the next step would be to stage them, to get cross-sectional imaging to again look for metastatic disease.

Is there anything new about cancer treatment to know?

There are always technical advances in the management of these patients, whether it's robotic surgery or other types of minimally invasive surgery. The management of rectal cancer specifically is quite interesting in that there's an ongoing paradigm shift in how we treat patients, in terms of the types of neoadjuvant treatment that we offer.

For some patients with rectal cancer, that neoadjuvant treatment—meaning the treatment they would get upfront before an operation—can sometimes lead to cure. We don't quite know what patients are more likely to experience that "pathologic" complete response yet, but there are research efforts ongoing to try and figure out which patients would benefit the most from certain types of neoadjuvant treatment.

Wow. Does that make treatment for rectal cancer more complicated?

You know, with rectal cancer treatments it can be quite confusing to patients. I tell patients all the time that you could go to five different colorectal surgeons with the same patient, with the same rectal cancer, and you may get three different recommendations because of how quickly things are changing in the field.

You can give patients three or four different options and each one is reasonable depending on the patient. And it can lead to some confusion on the part of the patient because now they're trying to juggle the risks and benefits of two or three different treatment options.

I’m sure you often get patients who have already seen other physicians and have gotten different recommendations. What’s your process in that case? How do you present treatment options?

I reassure patients that for rectal cancer this is the spot that we're in as a society in terms of the management, particularly in patients with locally advanced disease. Sometimes there isn't a wrong answer. It's just that there are three different treatment routes you can go down, each one is reasonable in its own regard, and you help the patients wade through the risks and benefits of each approach. You help the patient decide what they'd like to do.

Will you expand on the differences a bit? The risks and benefits?

The addition of radiation has its own inherent risks in terms of collateral damage to tissues in the pelvis, the development of other cancers down the road, like sarcomas and prostate cancers and such. Radiation specifically can cause damage to the skin in the pelvis.

Whether or not a patient’s going to need a stoma [an opening on the abdomen connected to the digestive system to divert waste out of the body] during an operation or after an operation is also a consideration for patients. Having a temporary stoma, while it may be temporary, does have its own host of issues that patients need to deal with. The discomfort of having a temporary bag, having to learn how to manage the bag, the psychosocial issues that go along with that, and the need to have another operation to get off that stoma, can cause a lot of anxiety for patients. And it's expensive just in terms of buying supplies and another operation and so forth.

Do you want to close us out with any final thoughts?

You know, the death of Chadwick Boseman from metastatic colon cancer has really galvanized a lot of patients to come in and get screened. I've had several African American patients who've come in in the last couple months specifically for that reason. They saw that Black Panther died and no one had any idea that he had colon cancer.

I'm a huge Marvel comics fan and have watched every movie multiple times. You can ask my kids that, I make them watch with me. And no one knew. I didn't know that he was struggling with this, and he had been struggling with this for a long time. He was in his early 40s when he passed and I think that's galvanized a lot of patients, particularly African American patients to really think seriously about getting colonoscopies. That's a patient population that traditionally doctors have had a harder time getting in for screening exams. That’s really significant, one silver lining. Colonoscopies save lives.