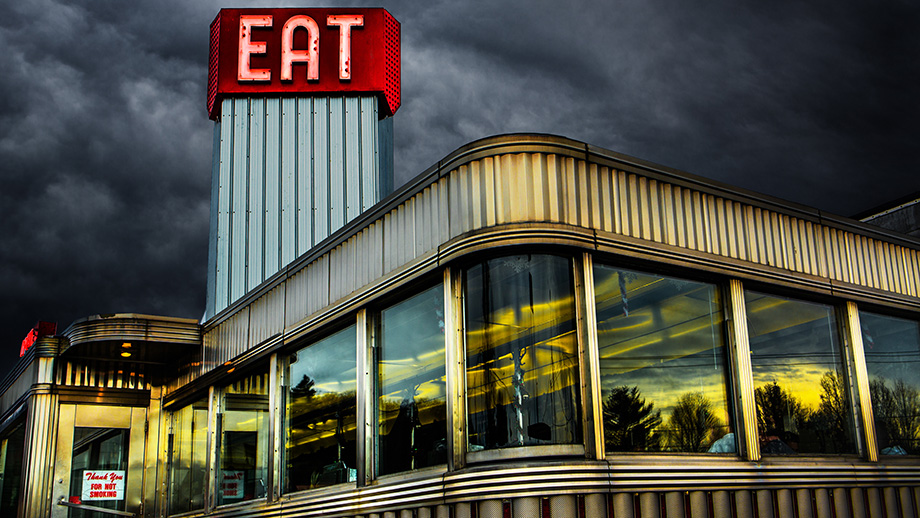 If you’ve put on a few pounds over the course of the Covid-19 pandemic, you’re not alone. According to a poll conducted by the American Psychological Association, 61 percent of U.S. adults reported weight gain between March, 2020 and February, 2021.

For many Americans, the pandemic shutdown forced lifestyle changes including increased stress levels and reduced access to physical recreation, which can lead to weight gain. As restrictions have lifted and vaccinations continue, people are thinking again about how to slim down—not just so they can fit into their favorite pair of jeans, but to maintain their long-term health.

The thing is, losing weight isn’t as easy as reversing the lifestyle changes that made you gain it.

Marc Bessler, MD, Director of Columbia’s Center for Metabolic and Weight Loss Surgery, says biology plays a role in how people gain and lose weight. “There’s a clear genetic component,” he explains. “People don't choose to be overweight. They make choices that lead to them becoming overweight. Some people making those exact same choices would not be overweight.”

It’s impossible to address the complex subject of obesity in America without considering the social and systemic factors that contribute to its prevalence, especially in the wake of a global pandemic that disproportionately affected some racial and ethnic minority groups.

At the same time, a lot of people simply want to feel good in their bodies following two years of major disruption, and weight loss can be an appealing solution. Unfortunately, hitting the newly-reopened gym isn’t exactly the answer.

“We know that exercise in and of itself doesn’t cause significant weight loss,” Dr. Bessler says. That’s because your body is “very, very good at pushing you to take in calories when it thinks it needs them.” When you exercise more, your body makes you hungrier, and you eat more to make up for the calories you’ve burned. It’s not a matter of willpower: “you don't eat more because you consciously decide to when you exercise,” Dr. Bessler explains. “You eat more because your body is driving you to.”

Similarly, dieting alone won’t lead to sustained weight loss. Dr. Bessler says there have been “multiple experiments over time” that show that as people diet, their metabolism slows down 10 to 15 percent, and “even the same amount of food that was causing weight loss in the first place will no longer cause weight loss once your metabolism slows.” At that point, people get frustrated and often abandon their attempts because they’re not losing weight even as they’re dieting. As Dr. Bessler puts it, “Why the hell keep doing that?”

Bariatric surgery is “the only long term, proven efficacious weight loss treatment we have.” A major medical procedure for obese patients facing life-shortening health issues without it, “bariatric surgery is not the easy way out,” says Dr. Bessler. “It doesn't change the fact that you have to make change. It just makes it easier to make that change, because it reduces hunger and allows you to feel satiated with a smaller amount of food. That's all it does, but that is enough in the vast majority of people.”

Over the past 25 years, Dr. Bessler has led the evolution of weight loss surgery from open procedures with a mortality rate of 1 to 2 percent, to much safer laparoscopic procedures with higher long-term success rates. As the safety and efficacy of bariatric surgery has improved, more and more doctors across specialties have accepted it as a valid treatment for medical conditions.

“Orthopedists have recognized that total joint replacement in obese patients has a higher failure rate, higher complication rate, so they're starting to talk about [weight loss surgery] and sending patients,” says Dr. Bessler. “Gynecologists have come to know that weight loss is a treatment for endometrial cancer, so they'll refer patients.”

Obesity increases the risk of a long list of serious medical conditions, from heart disease and hypertension to cancers and mental illness, making bariatric surgery medically necessary for most folks seeking treatment. But Dr. Bessler acknowledges that the desire to lose weight can be influenced by external factors including cultural beauty norms (an industry in and of itself mostly targeting women) and weight stigma, which he calls “the last bastion of allowed discrimination.”

In 2016, Dr. Bessler was interviewed for an article in the New Yorker that explored the history of weight loss methods and whether or not bariatric surgery was “the solution to obesity.” In that piece, he noted that women are much more likely than men to seek bariatric surgery: “A man who is a hundred pounds overweight, he will be treated with respect,” he said then. “But a woman who is a hundred pounds overweight—it’s much more difficult for a woman.”

A lot of things have changed since 2016, including growing awareness of the harms of diet culture and the impact of anti-fat bias in medicine. But Dr. Bessler still sees four times as many women as men in his practice: “Men come when they get sick, when they can't do the things they want to do,” he says. “I think more women come because they're just not happy with their appearance.”

He estimates that 20-25 percent of patients pursue weight loss surgery “at the point that they’re just fed up with their quality of life...be that societal, be that self-image, be that just that they can’t run around and play ball like everybody else does.”

As Dr. Bessler says, “[weight loss surgery] is not right for everybody, and it may not be right for most.” For the vast majority of people struggling to accept their post-pandemic bodies, it may be most helpful to focus on feeling better rather than looking a certain way.

Whether or not you drop your “Covid 19” will have more to do with your genetics and socioeconomic context than how hard you work at the gym. But reversing the lifestyle changes that lead to pandemic weight gain can greatly reduce stress and improve overall physical and mental health, no matter what the scale says.