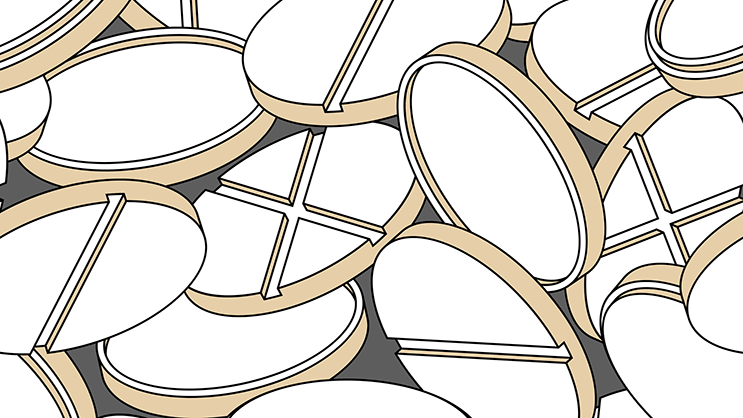 A first high has been described as “exhaling from holding my breath for my whole life” or “being hugged by Jesus.”

That’s what opioids like hydrocodone, oxycodone, heroin, and fentanyl do to the brain. Opioids work on the same reward receptors as endorphins, meaning a first high can provide relief so profound you remember it viscerally for decades to come.

But your brain changes after each use, it adapts; and feelings of euphoria dampen. Now, the opioid is creating new circuits, altering neural pathways little by little. With every high, your brain is rewired to chase that flood of dopamine, eventually creating a chemical craving so strong the messages for more only grow mightier and more constant. Opioids take over.

There are only two ways to medically treat someone addicted to opioids in the United States.

One is to prescribe methadone, a treatment that replaces the opioid with similar yet lower-risk pain medication that can be managed. The other is to use an opioid antagonist, like Naltrexone, which works by stopping the drug’s effects and eliminates the ability to get high.

The only opioid antagonist that’s not a daily pill available to treat addiction is a drug called Vivitrol, and it’s far from ideal. Vivitrol is an extended-release injection of Naltrexone that lasts up to a month. So, on top of managing recovery, you still have to be vigilant and show up regularly for appointments. It’s no surprise that compliance is low.

Neither of these treatments can do enough to combat the epidemic we currently face. Even if you stick with monthly injections but have one bad day and relapse, Vivitrol does not protect against overdose. In 2017 alone, the CDC reported that 130 people died of opioid overdose per day—that’s 47,600 preventable deaths per year. More deaths than by car accidents; more deaths than by gun violence.

We must do better. That’s why psychiatrist Adam Bisaga, MD, and plastic surgeon Christine Rohde, MD, have partnered with physician and inventor George O’Neil, MD, from Perth, Australia to bring a new medical treatment for opioid addiction to the United States.

Dr. O’Neil has invented a type of implantable naltrexone that slowly dissolves in the body, continuously releasing an effective dose of the opioid antagonist for about 6 months. So far, thousands of people have traveled to his Fresh Start Clinic in Perth to receive treatment. It’s proven to be extremely effective for two critical reasons: the longer duration of efficacy and protection against overdose.

We spoke with Dr. Rohde about the ins and outs of her latest clinical trial of Naltrexone implants, which will begin Phase Two this year at Columbia.

What makes the naltrexone implant so different from currently available treatments?

Well, Dr. O’Neil’s invention is based on the idea that at a moment when someone's really motivated to get over their addiction, they’ll be willing to come in and have a quick one-time procedure. And when that moment passes and they relapse months later, they still have the protection of this implant.

Once you have this done, you have someone who's fairly safe for several months even if they take a huge dose of something that would otherwise kill them.

Is that because Naltrexone doesn’t allow you to get high? How does it stop overdose?

It basically works by becoming the receptors for the opioid—naltrexone kind of takes over your receptors. It’s why paramedics and others carry a shot of naltrexone to use as a rescue for someone having an overdose.

But, for example, if someone got in a car accident or something and really needed pain medicine, you could get them to a point where you could take care of their pain. It would take a lot, way, way more than usual.

Can you walk us through the procedure? What’s it like?

It's a minor procedure where we put a couple of sets of these implants that look like smarties just underneath the fat of the abdomen.

After I numb up the area really well, we create a very small incision, then make a little tunnel with an instrument to insert the implant via a device the implant comes with [part of Dr. O’Neil’s invention]. Then we close it up. That’s it. And I have to say that with the numbing up, the patients that we've done it on have all said that they don't feel anything.

How long does the procedure take?

Can you get more than one implant? Can you keep getting them until you feel comfortable living without it?

Yeah, absolutely. In Australia, there are people who have had multiple implants and there are people, like the patient I met who actually works for his clinic now, who only had one implant and never touched drugs again. Then there are people who need to come back every six months and have a new one put in. One of the important differences with this implant is that people are usually more “with it” after those six months, more able to decide if they need another or feel good after one. And sometimes people fall back in and relapse and then realize they need another one. So it can be used in different ways and still provide protection.

You’re a plastic surgeon, how did you get involved in this?

Yeah, right? Plastic surgeons are not usually addiction doctors, however, I've always been interested in pain control after surgery. I've published a few studies looking at various non-opioid modalities to control pain after surgery. So, when the group at New York Psych Institute and Columbia Psychiatry was looking for a surgical partner to help do these implants, they found me through some of my pain work and my clinical research. Adam [Bisaga] contacted me asking if I knew of someone who would be interested in a study like this, and I said, “I would love to be involved!”

How does that work exactly, putting together a study and clinical trial?

It was about a two-year process of developing protocol, developing the procedure and how we do it. I went to visit Dr. O’Neil in Australia, spent time at the clinic, watched his incredible work in action. And eventually, we got the NIH grant for a study first looking at safety and efficacy in healthy patients.

That's the phase we just completed, we put this implant into healthy volunteers who don't have any opioid addiction, and we measured the levels of naltrexone. We're measuring if they have side effects from the implant, those kinds of things. So that we can say, okay, in a healthy volunteer this is how long the naltrexone is expected to last.

What’s the second stage of the trial?

We’re about to enter the next phase, stage two: using it in people who have drug addiction and seeing how these patients do with the implant. And that would likely expand beyond Columbia and recruit people elsewhere. If the trial keeps getting renewed, it should last a total of five years.

So once the implant is in and dissolves, there’s nothing else to do? No removal?

No, no. That’s it. It just dissolves and there’s nothing you have to do afterward unless you were to get a second one. You know, no one sets out to have an overdose. It's something that just happens and you never know when it's going to happen. So the question is: is there something that you can do to prevent it, knowing that someone is addicted and they're at risk?

Absolutely, really it sounds like this implant is providing a fail-safe. That’s huge.

That's one of the great things about this implant. I equate it to a friend of mine who is a lawyer working to try and pass legislation for people who are suicidal. There's a lot of data showing that oftentimes suicides are kind of spur of the moment, and depressed people all of a sudden may decide [to take action], but the overwhelming majority of people who attempt suicide never attempt it again if they survive. It’s a one-time thing.

His thought is—outside of the gun control debate—if someone who knows they're depressed can voluntarily put themselves on a list where they can't buy a gun, the potential to save lives is there. This is kind of the same thing. It's like trying to do something when somebody is really in the frame of mind of being lucid and evaluating: “I don't want to be addicted to opioids. I don't want to overdose.” And at this moment, they get an implant and protect themselves from future impulse.

Right. That brings me to the question of availability. Would someone seeking the implant have to see a surgeon? How accessible will this be, potentially?

The most important part of my role, in addition to being the person who implants it, is to then develop teaching literature and a method so that other people can do it. The biggest concern for me is making it as simple as possible so that someone with some surgical skill, but not necessarily a surgeon—for example, a family practice doctor or an ER doctor—can do the implantation. Someone who at least is familiar with things can easily do this.

If you think about rural areas where the access to surgeons might not be the same, there needs to be someone local who could do this procedure and get that into them. Someone accessible.

What do you hope to see with this clinical trial?

I'm excited about it and I think that it can give us a powerful tool in the battle against opioid addiction. But it's not the only one, and it's not like I expect that every person who has an addiction is going to need this, or that it's going to be the best for them.

And as a surgeon who's not a pain doctor, I'm agnostic on this debate. There are people who believe that the best way, or maybe even the only way to treat people is using methadone or analogs. Then there are others who feel like the best way is to not propagate the addiction and help people get over the addiction. So, I’m kind of agnostic about that, but having something that is protective against overdose will be a huge step forward.