A New Way to Think About Carbs, Weight, and Obesity 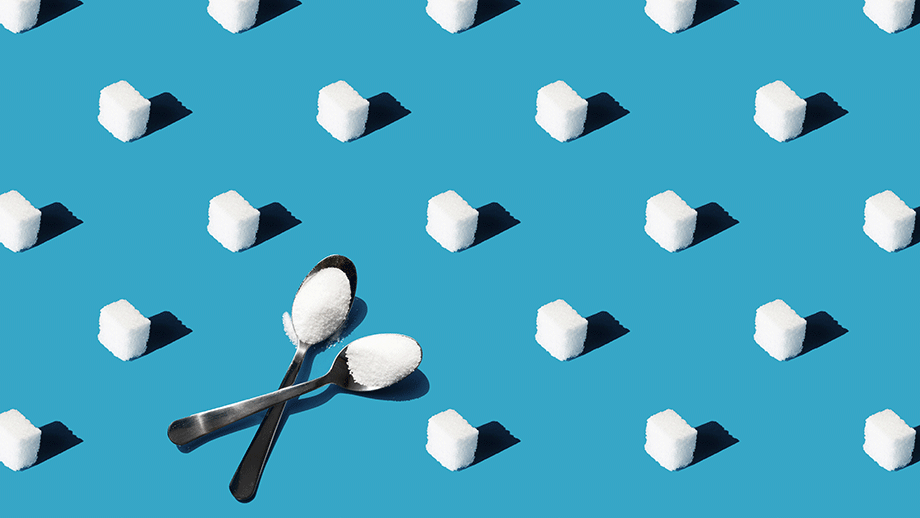 Google the food pyramid, if you’ve forgotten the graphic that many of us were shown growing up in the United States. The first images that come up—even if they’ve been updated since the USDA first released their version in 1992—share a similar structure, with produce, protein, and fat stacked on top of a wide base of bread, pasta, rice, and other grains and starches.

Recommended daily servings? Anywhere from 6 to 11.

“The recommendations of the original food pyramid weren’t just made up. It was the science of the time, perhaps,” says Dr. Marc Bessler, Director of the Center for Metabolic and Weight Loss Surgery and United States Surgical Professor of Surgery at Columbia University Medical Center. “But I think there was also a lot of politics in it.”

If you look at what kind of food production was being subsidized by the government at the time, for example, most of it was going towards the grains and sugars that go into the breads and cereals at the base of the pyramid. “They were just being pushed on people,” says Dr. Bessler. “Maybe it was the way to feed people because it was the cheapest and easiest…but look what it’s done.”

Dr. Bessler means that the overemphasis on refined starches and simple carbohydrates, which still lingers in our culture, was a huge driving force behind the levels of obesity he sees today. Obesity prevalence in the United States has risen from 30.5 percent in 1999 to 42.4 percent in 2018, and severe obesity has increased from 4.7 percent to 9.2 percent in the same period.

Dr. Bessler uses that language because obesity is not a result of individuals making bad or unhealthy choices. It is about the kinds of food that are made available to people, the ways they are presented, and the difficulty of gaining a nuanced and personalized understanding of diet and nutrition.

“It’s even frustrating for me in the field, because it’s such a young science,” says registered dietitian Laura Natali RD, CDN, who works on Dr. Bessler’s team at Columbia. “It feels at times that we don’t have any of the answers that we wish we did…. Even health care providers who have limited background in nutrition will have to find a simple message to give to their patients because they don’t have the time or super extensive nutrition training, understandably.”

While there is still plenty that we don’t yet understand about nutrition and different bodies’ different needs, we do know much more about how carbohydrates work—and how what we actually need is very different from what the food pyramid tells us.

First, what we often think of as “carbs,” such as pastas and cookies and breads, are not actually carbs. Carbohydrates, scientifically, are just sugar molecules that the body uses as fuel. But they’re often not the best source of lasting energy, particularly simple sugars found in things like breakfast cereal or pastries, that don’t also include much fiber or protein.

“There is no essential carbohydrate,” says Dr. Bessler. “Everything your body needs can be made from proteins and fats that you eat. You don’t need to eat a single carb to live a normal life.”

In fact, carbs can actually prevent some people from leading normal lives. A growing body of research is showing that carbs can be highly addictive. “Carbs release dopamine in the brain, and sugar can act like a drug for some people,” says Dr. Bessler. “There is a reason these foods are called comfort food.”

The combination of the addictive nature of carbs and their longstanding promotion in our culture should change the way we think about obesity and weight. “[Obesity] is a disease,” says Dr. Bessler. “You don’t get shamed for having diabetes or heart disease, you shouldn’t be shamed because of obesity. But it’s sort of the last acceptable form of discrimination because we still blame the patient for it.”

In other words, for many people, significant weight loss is much more complicated than simply deciding to change their lifestyle. Making dramatic changes to diet is also often unsustainable in the long term, and many people don’t have the resources or time to devote to excessive exercise and personalized, healthy nutrition.

That’s partly why both Dr. Bessler and Laura Natali were drawn to bariatric surgery. It can act as an essential stepping stone, enabling a host of new possibilities for patients and sustainable, long-term habits. After a surgery, Natali points out, things like a patient’s cholesterol or blood pressure or mobility often improve, or the weight loss might then make it possible for them to receive an organ transplant or joint replacement. “Bariatric surgery isn’t just a change, but it also leapfrogs into another positive medical or life change for that person,” Natali says.

But because obesity is a disease, they both stress the importance of treating it holistically, consistently, and sustainably. “If you have hypertension and your blood pressure gets under control, you don’t say, ‘Oh, good. Now I can stop taking my blood pressure medication,’” Dr. Bessler points out. “Same thing with obesity and weight loss.”

As both Dr. Bessler and Natali point out, obesity and weight management are about so much more than individual choices and changes. Over thousands of years, evolution and gene selection have favored genes that help human bodies “hold onto” its calories and fuel for longer, storing it as fat that we could use in times of starvation. Until relatively recently, that made biological sense for us. These days, it generally doesn’t.

There are also the political factors that drive what kinds of food are made available, at what kinds of prices and in what kinds of locations, to the average working person with limited time and money. “Change the incentives around food, not supplementing grain production so much, supplementing the good stuff,” emphasizes Dr. Bessler. “Help people choose those foods, when there’s all this fast food out there and people don’t have time in their lives.”

Those things will all take time and the movement of forces that the average person has little control over. But in the meantime, Dr. Bessler is encouraged that obesity “is being more and more recognized as a disease and biology.”

Hopefully that will mean a shift away from applying reductive moral values to obesity and weight, and that people will be more able to ask for support, look for resources, and understand what their bodies need. “You can ask your doctor for help,” Dr. Bessler emphasizes. “There are more and more medications, there are surgeries. There is more and more stuff available to help people.”