The Ryeom Lab: Q&A with Sandra Ryeom About Tumor Microenvironments 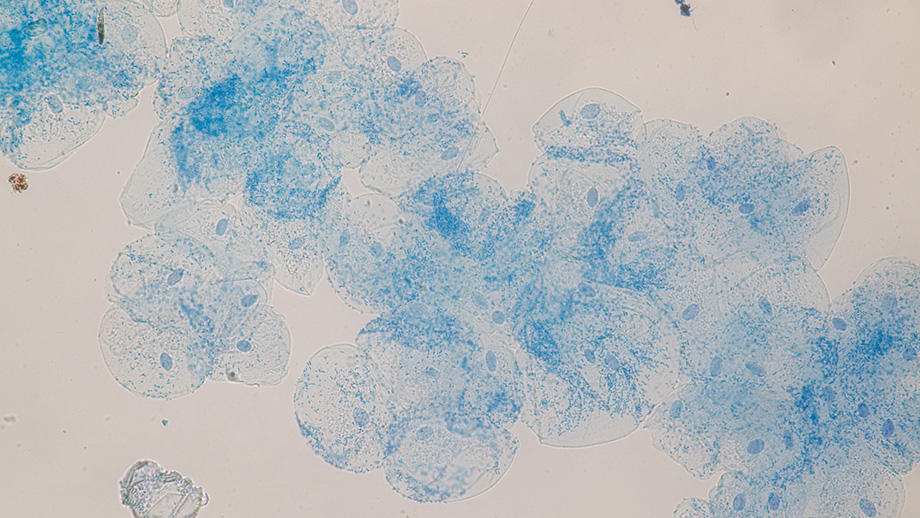 Sandra Ryeom, PhD, head of the Ryeom Lab, has recently joined Columbia as Associate Professor in the Division of Surgical Sciences and as Associate Dean for Postdoctoral Affairs and New Master’s Degree Programs.

She brings with her a lab that explores and analyzes the differences in tumor environments. A tumor microenvironment is like the habitat surrounding the tumor: the endothelial cells that make up the blood vessels, fibroblasts, and immune cells.

Dr. Ryeom’s team has found that these microenvironments differ greatly depending on the organ. An endothelial cell in the lung is completely different from, say, one in the liver or breast. This discovery has opened up a new understanding of cell environments in various diseases and conditions, from cancers to infertility. It’s a breakthrough with big potential for patients.

The overarching theme of my lab is studying the tumor microenvironment, particularly a population of cells called endothelial cells, which make up the blood vessels and are a prerequisite for tumors to grow bigger.

That means we have lots of different projects in different organs because they all need blood vessels to grow. Now we’re focusing heavily on gastric cancer with the Stand Up To Cancer grant, but we also work in breast cancer and lung cancer. And now, we've branched out beyond just tumor and metastatic disease, and we're really interested in understanding how these blood cells, the endothelial cells, function as support cells for stem cells in different organs.

We used to think that your blood flows continuously throughout your body, so we thought a blood vessel cell from the heart is the same as the one in your toe, is the same as the one in your brain. Turns out that's not true. Turns out if you take a blood vessel from your brain, take one from your stomach, and take one from your heart, they can be as different as comparing a cat, a piece of wood, and a piece of cheese.

Wow. What aspects of their environment make the blood vessels so different?

I think they are conditioned by the organ they're in. An exciting project we have, which was rooted in our studies looking at the role of metastatic cancer in different organs has the lab studying male infertility.

Identifying testes endothelial cells as the source of a factor critical for sperm stem cell self-renewal and maintenance has profound implications for fertility and we’ve been able to apply that knowledge to pediatric boys newly diagnosed with cancer. Together with a pediatric oncologist collaborator at CHOP, we have been taking testicular biopsies from young prepubertal boys who are diagnosed with cancer, prior to the start of chemotherapy. Eighty percent of the chemotherapies to treat childhood cancer are what we call gonadotoxic, it kills all their sperm stem cells, and they become infertile. By starting chemotherapy, about 30 percent become infertile. We can now expand the sperm stem cells from these testicular biopsies for later use.

How does that process work? Are you freezing the cells?

So, originally oncologists would take them out, and then we'd give them to the lab, and people would hold on to them. The goal always was to expand them, but no one could expand them. They would grow the cells and they would just die. We couldn't figure out what you needed to put in the cultures to expand the sperm stem cells. And then, my lab co-cultured them with the teses endothelial cells, and they had everything you needed for sperm stem cells to grow in a dish!

Now, we grow them in buckets. The goal was initially to grow them up, freeze them down. And when these boys are cured of cancer and are adults, ready to start a family, we re-inject them back into the men. Currently, we're actually looking at a slightly different approach by trying to use them for in vitro fertilization approaches.

Amazing. As you’re focusing on different types of tumor blood vessels from different organs, is there a connection point between them? Metastasis from a blood cell to another in another organ?

Yes, this is a big focus of the lab. Every cancer, outside of brain cancers, will spread to different organs. We know, for example, colon cancer will spread to the liver or the lung. We know that prostate cancer spreads to the brain and to the bone. Breast cancers spread to the lung, brain and bone. It's what we call metastatic organotropism, meaning there's a metastatic roadmap and tumors in a specific organ will spread to specific sites around the body.

So, when a patient comes in with a stomach cancer, clinicians will first scan their liver because that's the most common site for metastasis, and then the lung, which is less common. We are really trying to understand how all these different factors, from a stomach cancer to a breast cancer, activate what we think are the organ specific blood vessels.

When tumor cells circulate around the body, you need to open up the blood vessels for the tumor cells to get into a normal organ such as the lung or liver or brain since blood vessels are normally not leaky. We think activating endothelial cells to open a blood vessel in a normal organ is one of the earliest steps for a circulating tumor cell to find a home in a different organ. We're really interested in understanding how specific tumors activate specific endothelial beds and how to stop that.

So, you’re almost taking a reverse approach, right? Instead of focusing on the tumor cells themselves?

Exactly. A lot of people are really focusing on what the tumor cell produces and how the tumor cells move, not so much how they get in. And we're really trying to stop how they enter a normal organ.

I think there are two areas in cancer that are really going to be impactful in our lifetime. One is early detection, trying to figure out ways to detect cancer before we can see it through imaging, through biomarkers in biologic fluids like blood and stool, etc. And then the second would be to stop progression. If you have a primary cancer, surgeons can cut it out, but how do we get it to stop spreading? Once we know, then perhaps we would treat with these targets to block it from activating a vessel bed in a different organ.

Is there any new research out there that really excites you? Work that would further the studies you’re doing?

I’m excited in really understanding this organ specificity of the vascular beds. And investigating whether these proteins are targetable, with potential applications beyond cancer.

For example, we think we have an idea of how sarcoma cells spread to the lung. And I think we can target the proteins these sarcomas cells produce. Meaning I think we could find a drug to slow progression of the spread of this cancer and since metastasis is the primary cause of death for cancer patients, this has important clinical implications.

And then with early detection, we know that lots of nucleic acid species are released by tumor cells. Who knew that they could circulate? But I think the field of biomarkers for early detection is exciting since they may be indicative of early disease and treating cancer early is the key to long-term survival.

So, it’s about how the tumors circulate around the body and how they’re packaged?

Yes. Your body's fighting against cancer all the time since it wants to attack foreign things and survive. You have a cell with a mutation; initially your body's going to do everything to kill it. So, you get this release of nucleic acids, proteins or lipids from these early cancer cells that might alert us to the beginning of cancer. Eventually, whatever is causing the mutation keeps going and it overwhelms your body's protective systems and tumors can develop.

Those first few cells that are dumping stuff into the blood could really be our ticket to early detection. I don't think we can stop cells from acquiring mutations, but I think we can detect it early and stop cancer from progressing. I hope in my children's lifetime we will make cancer a chronic manageable disease.

Closing with that hope, what are your short term and long term research goals?

Short term, I have a big focus on our gastric cancer project. At the end of this grant in two years, I’d like to come out of it with a panel of biomarkers in the stool, a screening test: something easy for people to do, families who carry this hereditary gene or have other risk factors.

My long term goal is to really understand the involvement of these normal vascular beds in these distant normal organs to stop the entry of these tumor cells into a normal lung, into a normal liver.

Identifying the mechanism of what's produced by the tumor cells and how to stop it. And what it's doing to the endothelial cells. How are we getting these blood vessels to open up? What is this protein doing that allows it? Because otherwise, if your blood vessels were leaking, your blood would leak. You really need something to open up. So understanding that is my long-term goal, the biology of it, and identifying therapeutic targets.

I'm a basic scientist, but I like to say I'm three steps away from the bedside. Translating my basic science work to answer the question, “how is this going to help patients?” that’s what excites me about my work.