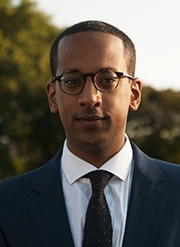 Simon is from Munich, Germany and received his medical degree from Ludwig Maximilian University of Munich, as a scholar of the German National Academic Foundation and Max Weber-Program of the State of Bavaria. He pursued his doctoral thesis in Boston, in the laboratory of Mark D. Fleming, MD, DPhil. That is where he developed his interest in the genetic analysis of rare, congenital disorders in childhood.

He visited Columbia during an international rotation and was drawn to Columbia because of the combination of a unique, collegial environment among residents, faculty and nursing; surgical excellence; and socio-cultural diversity in one of the greatest cities of the world. He is interested in pediatric surgery with a special focus on oncology. 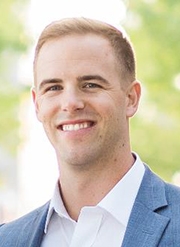 Taylor is from Wellesley, MA and went to college at Holy Cross in Worcester, MA.  He attended medical school at Loyola University Chicago Stritch School of Medicine.  He wanted to come to Columbia because of the connection he made on his interview day with the residents and the interactions he saw between residents and attendings. He is currently undecided as to what kind of surgery he would like to pursue, which is why he chose general surgery and Columbia. He says, “I feel that it is a program that will allow me to find my way and provide great opportunity no matter what field I choose.” 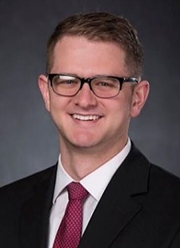 Jacob is from San Antonio, TX.  He received his B.S. and Commission from the United States Air Force Academy, Colorado Springs, CO, and went to medical School at Texas Tech University Health Science Center El Paso in El Paso, TX. He wanted to come to Columbia and New York City to train in a great program with fantastic co-residents and to see a diverse patient population with complex surgical pathology.  He plans to pursue a career in Trauma/Critical Care surgery. 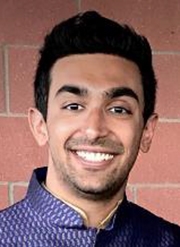 Ambar grew up in Hong Kong and Singapore before immigrating to Florida when he was 10 years old. He attended MIT where he pursued a double major in Materials Science and Engineering, and Biology. After graduating from college, he worked in Mumbai, India, at a non-profit organization called Ummeed Child Development Center for a year before attending Johns Hopkins for medical school and a Masters in Public Health. His aspiration is to become an academic surgeon who pursues a health services career and works internationally in various capacities. Current interests include trauma and acute care surgery, global surgery, and translational large-database studies. 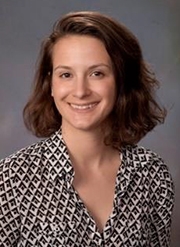 Nina was born in Vienna, Austria and grew up in Philadelphia, PA. She attended NYU for college with a major in Psychology and went to medical school at Temple University. She chose Columbia because she wanted to be at an urban program that catered to underserved communities and was impressed by how much the residents here liked and supported one another. She’s still undecided about what she wants to go into and is keeping an open mind as she starts her rotations. 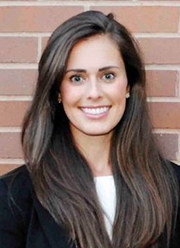 Courtney was born and raised in New Berlin, WI, a suburb just outside of Milwaukee. She went to undergrad and medical school at the University of Wisconsin-Madison. When choosing a residency, she was ready for a change and wanted to explore life outside of Wisconsin. She says, “The top-notch program drew me in to apply, but the people I met on my interview were the final selling factor— it truly felt like one big family here!” For her career, she knows she wants to stay at a large academic center, but has not decided on specialty. She is considering surgical oncology or trauma and critical care. 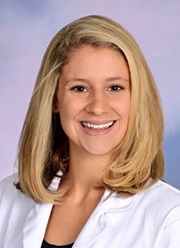 Shelby is from LaGrangeville, NY. She went to Quinnipiac University for undergraduate, received her Masters in Public Health from Dartmouth College, and attended Temple University for medical school. She did a sub-internship at NYP-Columbia as a fourth year medical student and thought that the residents were very knowledgeable, had great mentorship from the faculty, and appeared very well trained in the operating room. She also felt that her personality aligned well with the residents she met during her sub-internship, as well as during her interview days. She is undecided on sub-specialty, but she’s leaning towards surgical oncology or pediatric surgery.

Special thanks to all the interns for sharing their stories and to Claire Graves, JJSS resident representative (2018-2019) for putting together the materials.