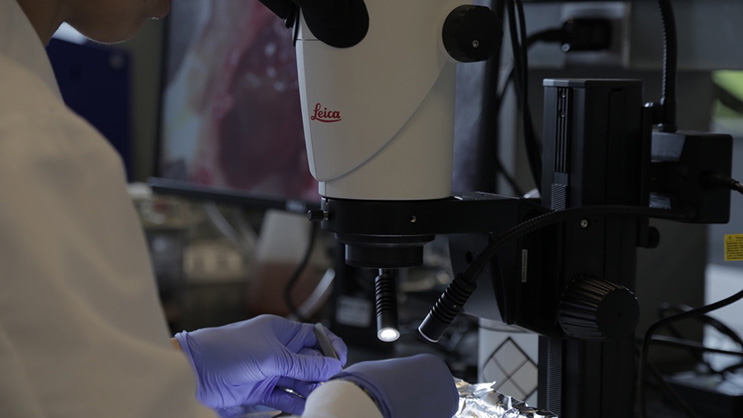 Many clinical trials don’t account for racial diversity, yet they are still used to determine FDA approvals for new cancer drugs. A recent study shows one-third of all clinical trials that led to government-approved cancer drugs in the last decade didn’t report on race.

So why do studies continue to lack proportional representation?

One reason is that many of these studies are funded by drug companies, and though the FDA recommends that they enroll a racially representative patient population, they are not actually required to do so. (This is in contrast to studies funded by the National Institute of Health, which does require proportional representation). Yet without taking diversity into account, the wider applicability of their results may be in question.

“For example, we have long observed survival differences in gastric cancer when comparing Eastern and Western populations. With study of the human genome, one factor discovered to explain this disparity is the higher prevalence of certain growth factor mutations that affect the response to conventional chemotherapies,” says Dr. Schrope. “It is possible that whole populations are being disserved by trials that do not examine racial factors.”

Beyond the scientific questions, there are larger issues of fairness at play. “Having diversity in clinical trials is critical to help find the best treatment regimens for all patients,” says breast surgeon Michelle Azu, MD. “All patients are important, and having diverse patients represented in trials means we are better able to tailor treatment plans to the individual.”

In the United States, the groups who bear a disproportionate burden of cancer and cancer mortality in several key treatment areas were the least represented in clinical trials. Black patients are more than twice as likely as white patients to die of prostate cancer, nearly twice as likely to die from stomach cancer, and have higher colorectal cancer incidence and mortality rates.

If researchers aren’t committed to enrolling more patients from underrepresented demographics, black and Hispanic communities will continue to trail white patients in the quality of their cancer care.

That leads to another critical barrier: a lack of volunteers. Finding racially diverse patients willing to join large, randomized clinical trials has been a longstanding issue in cancer care.

Several factors are likely in play, including logistical challenges and financial burdens. There may also be trust issues involved, given the medical research community's historic victimization of underrepresented groups, from the Tuskegee syphilis experiments on black patients and the cellular contributions of Henrietta Lacks without her consent, to the unauthorized sterilization of thousands of Native American women.

Regardless of their role in the current recruitment disparity, the medical community has a responsibility to address these wounds of the past. “It is imperative the cancer provider community continues to be transparent about the legitimacy of clinical trials and continue ongoing efforts to establish patient trust,” says Dr. Azu.

“Patient and community education are critical to all aspects of medicine,” adds Dr. Schrope. “Outreach to these groups is crucial, and successful interface is the key to bridging this reported gap in clinical trials participation.”