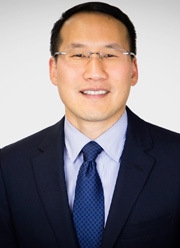 In his mid-fifties, JM had been struggling for years to keep his high blood pressure under control. Medications weren't working well, leaving him at continued risk for kidney failure, heart disease, and other serious health problems. His endocrinologist performed blood tests, suspecting an atypical cause might be involved. The results explained why JM's hypertension wasn't responding to typical medications — his body was producing excessive amounts of aldosterone, a hormone which can cause hypertension as well as clinical symptoms.

JM's endocrinologist referred him to the Adrenal Center at NewYork-Presbyterian Hospital/Columbia University Medical Center, where a CT scan of the abdomen revealed a tumor on JM's right adrenal gland. 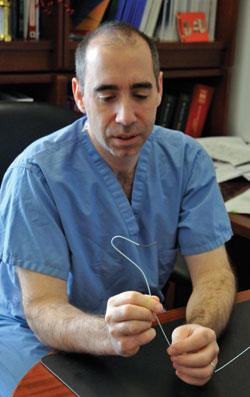 "It would be reasonable to assume that the adrenal tumor was the culprit," said Nicholas J. Morrissey, MD, Assistant Professor of Surgery and Director of Clinical Trials, Division of Vascular Surgery. "If an adrenal tumor is over-secreting aldosterone, surgical removal of the tumor has a good chance of curing the patient's hypertension." In many cases, physicians perform surgery based on assumptions such as this. However, sometimes appearances may be deceiving.

To be certain that the tumor was the cause of JM's hyperaldosteronism, Dr. Morrissey performed another test, called selective venous sampling. This test compared the levels of aldosterone that were secreted by JM's right and left adrenal glands. "The sampling showed that the side with the tumor (the right side) was not oversecreting aldosterone, but that the left adrenal gland was actually the problem," said Dr. Morrissey. "The tumor was just a benign lipoma, which required no treatment."

He was referred to James A. Lee, MD, Director, Columbia Adrenal Center. Dr. Lee removed JM's left adrenal gland in a laparoscopic procedure after which he went home the next day, and his symptoms disappeared. Had his doctors not performed selective venous sampling, JM probably would have been incorrectly (and unsuccessfully) treated.

Of the 50 million people who have hypertension in the U.S., a subgroup of 2.5 to 5 million may be resistant to hypertension medications because they have elevated aldosterone (hyperaldosteronism) instead of 'essential hypertension,' as most people with high blood pressure have. Left untreated, hyperaldosteronism increases the risk of heart attack, stroke, and congestive heart failure, and can eventually lead to end-organ damage to the heart, brain, and vascular system.

"According to large population studies from general medicine and hypertension specialty clinics, hyperaldosteronism may cause up to 5-10% of hypertension," says Dr. Morrissey. "Not all cases can be corrected with surgery, but some may."

Although an adrenal tumor may be responsible, many people have incidental tumors that are benign and unrelated (like JM). In others, no discrete tumor is present, but one or both sides of the adrenal glands may be overactive (hyperplasia). About 60% of people have bilateral hyperplasia, and about 40% have either an aldosterone-producing tumor or unilateral hyperplasia. If it is unilateral, removing the single adrenal gland can be curative — but removal of both adrenal glands is not a good option, because of the critical role that the adrenal glands play in producing cortisol and other hormones. Patients with bilateral hyperaldosteronism are treated with medication instead of surgery. Precise localization is therefore necessary to ensure successful treatment. 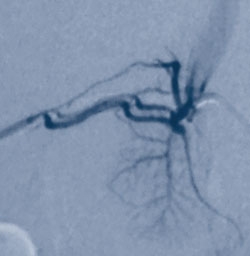 Very few hospitals perform selective venous sampling, however. The procedure involves extension of a catheter through a small incision in the groin, up into the veins of the adrenal glands. Fluoroscopic guidance (a type of x-ray) is used to enable visualization. Once in the adrenal vein, the catheter is used to take a blood sample. Samples from each side are then sent to a laboratory which analyzes them and determines the amount of aldosterone and other hormones that are secreted from each side. 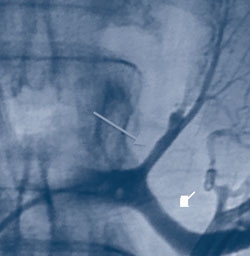 "It's a little bit like a treasure hunt," says Dr. Morrissey, who trained in the procedure and brought it to NewYork-Presbyterian Hospital after he and Dr. Lee recognized the increasing need for it at the Adrenal Center. "The left side is easy to access, but the right side is not. It can be difficult to insert the catheter into this very narrow vein, and there are other veins nearby that can masquerade as the adrenal vein," says Dr. Morrissey. "Occasionally we are unable to successfully cannulate the right vein and we must repeat the test." Fortunately for patients, it is not a lengthy or painful procedure.

If selective venous sampling confirms the need for surgical treatment, patients can expect to receive the highest level of care at the Adrenal Center. Dr. Lee and colleagues now offer 'single site' adrenal surgery, in which the surgery is performed through just one tiny incision.

"Many patients have been living with a puzzle that has been difficult to decipher for years," says Dr. Morrissey. "We are very pleased that we can help answer their needs with precise testing and the most effective, least invasive procedures."