Advanced Preventative Care and Treatment for Every Type of Melanoma

Stan Adler had more tumors than his doctors could count. He beat the odds with high-dose IL-2 therapy. 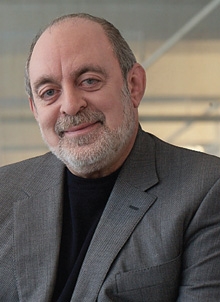 We put on our sunscreen because somewhere in the back of our minds we know we should take precautions to ward off skin cancer, but for many of us the possibility seems remote. Yet melanoma has risen to become one of the deadliest cancers today, causing close to 50,000 deaths per year worldwide.

Stan Adler knows this too well, after a suspicious mole on his father's back claimed his life just 18 months later. Stan became diligent about checkups since his father's death. When he developed a mole in 2000, he saw his dermatologist and had a biopsy right away. The lesion was melanoma, but he was told that due to its small size it was not terribly dangerous. He had aggressive surgery to remove the mole, followed by checkups every three months thereafter.

At first, everything was fine. Then, just under five years later during a golf trip in the Dominican Republic, Stan suddenly lost his appetite. He felt nauseous and developed a bizarre, acute sensitivity to smells. He assumed it was something in the water. But when symptoms persisted after he returned to New York two weeks later, he saw his doctor. A CT scan revealed metastatic melanoma, and according to the radiology report, there were more tumors in his liver, lungs, and lymph nodes than the doctors could count.

So at age 52, Stan was told he had six months to live and to get his affairs in order. But Stan didn't do as he was told. Although he felt truly grateful for his life and said he could accept dying, he wanted to take on this challenge with courage, determination, and humor for his children's sake. He decided to fight.

Within a solid week of research, he discovered that his best chances would lie in trying the available therapies in careful sequence. "Each therapy had significant side effects, and if I tried certain ones first but they failed, I would be too sick to try some of the others." He wanted to begin with interleukin-2, or IL-2 therapy, which entails infusion of high doses of the immune factor IL-2 to blast the immune system into fighting the growth of the cancer cells. IL-2 is used to treat both renal cell carcinoma and metastatic melanoma.

At that time (2005), only two centers in New York offered high-dose IL-2 therapy. Stan chose NYP/Columbia's melanoma program, which is now directed by Bret Taback, MD. Stan's treatment entailed one week of therapy at the hospital followed by two weeks at home for six rounds. Side effects were horrific, he recounts-nausea, vomiting, rigors, hiccups, itching, skin peeling, diarrhea, loss of blood pressure, gaining 25 lbs of fluid with each round of therapy, wild swings in kidney and liver enzyme levels, and more. He had such vivid hallucinations that twice he pulled out his PICC line because it was 5:30 am and he thought it was time to go to work.

But enduring it all was well worth it, Stan says. He remembers standing on the 7th tee with his golf buddies after his second round of treatment, when his doctor phoned with the good news that his tumors had been reduced by 50%. After the next two treatments, only 15 tumors remained. Stan had two final treatments, which destroyed 14 of the 15. The last remaining tumor took the better part of a year ''to flicker and eventually go out like a light," says Stan. As of September 2006, his doctors pronounced him as "NED," or "no evidence of disease." He remains clear of disease to this day.

IL-2 therapy is not right for everyone, and some patients respond to IL-2 better than others. Although doctors can't yet predict who will or will not respond, they know that the better one's overall health status, the better it works, and it does not work as well if someone has already had chemotherapy, which compromises the immune system.

Despite the serious side effects associated with IL-2 therapy, Stan offers encouragement from his experience for others facing metastatic melanoma. "All the side effects are reversible. You become yourself again within a week." What's more, patients find out very quickly whether IL-2 is working for them or not, and if it is not effective, they can then move on to try another treatment. Stan reflects that the challenges of the treatment were definitely worth it. "I have a new set of priorities now. I was able to see my second and third child get married, and enjoy two new grandchildren (and another is on the way)."

Under Dr. Taback's leadership, NewYork-Presbyterian/Columbia's Melanoma Center is the premier NY area center to offer IL-2 therapy for metastatic melanoma (as well as renal cell carcinoma). Comprised of a collaborative team of specialists, the center conducts clinical research on IL-2, targeted biologic therapies, and other treatments.