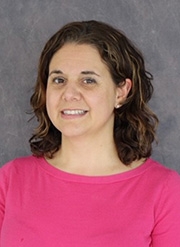 Lisa Oriach graduated from Bucknell University in Lewisburg, Pennsylvania with a Bachelor of Science in Biology. She then went on to get her Physician Assistant degree from Weill Medical College of Cornell University in New York City. Lisa has been certified by the National Commission for Certification of Physician Assistants since 2005. In 2005, Lisa accepted a position as part of the inpatient liver/small bowel transplant and hepatobiliary team at NewYork-Presbyterian/Columbia University Medical Center. In 2013, she transferred to the outpatient setting at the Center for Liver Disease and Abdominal Transplantation at Columbia University Medical Center. Since then, she has been caring for and following pre-operative and post-operative hepatobiliary patients. In 2014, she also became part of the Living Donor Liver Transplant team following all liver donors after surgery and also participates in the multidisciplinary selection meetings.

Visit The Center for Liver Disease and Transplantation at columbiasurgery.org/liver