Heart Disease Was Common in Ancient Egypt, Too 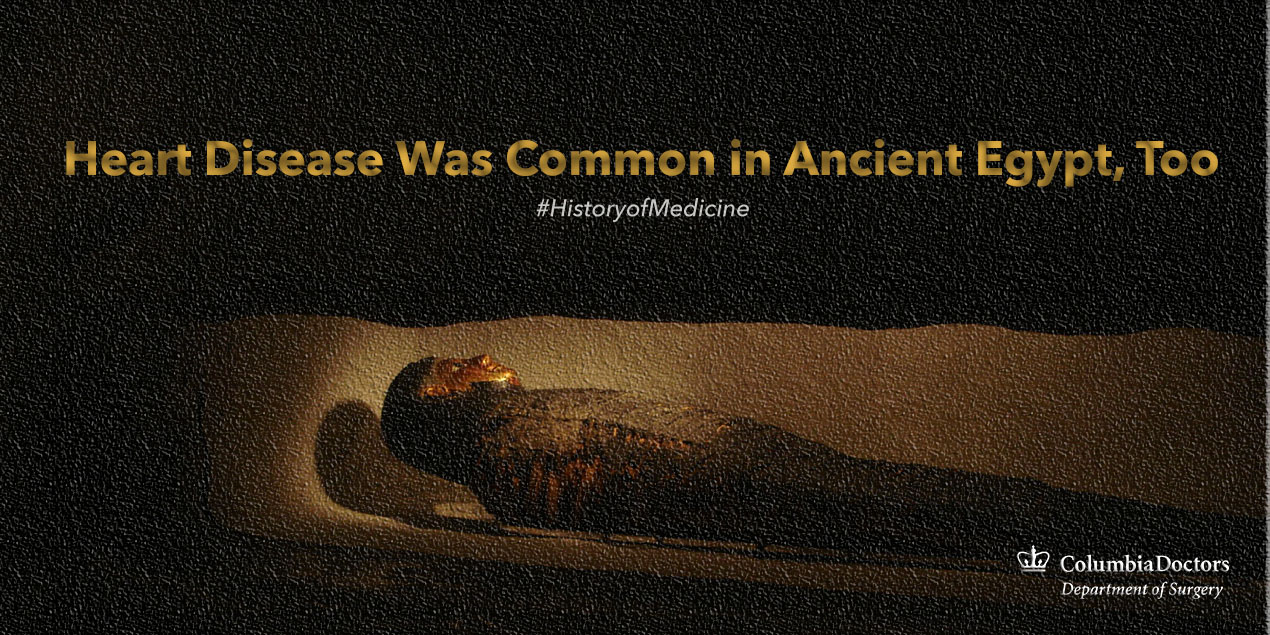 Heart disease is the leading cause of death for people in the United States today. The Centers for Disease Control and Prevention (CDC) estimates that about 610,000 individuals die of heart disease every year; that’s one in four Americans. The most common type of heart disease, Coronary Heart Disease (CAD), leads to 735,000 heart attacks each year, and kills over 370,000 men and women annually. Heart disease is considered the top preventable disease in the United States, as it is largely attributed to lifestyle habits like poor diet, lack of regular exercise, drug or alcohol abuse, and high stress

But with the proven preventability of heart disease, has it always been a major cause of death? Or are modern lifestyle and diet to blame? 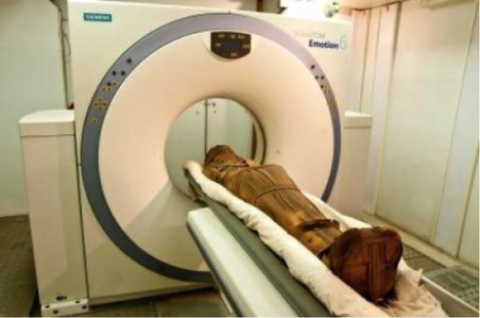 In 2009, researchers presented study results showing that Egyptian mummies, some 3,500 years old, had evidence of heart disease — specifically atherosclerosis, which thickens the artery walls. Pharaoh Merenptah, who died in the year 1203 BCE, had atherosclerosis. Twenty selected mummies were scanned on a slice CT scanner; 9 of the 16 mummies who had identifiable arteries or hearts that remained in their bodies post-mummification had evidence of the disease.

Generally speaking, mummification was reserved for wealthy Egyptians. In the mummies used for this study, those who were identifiable were of high socioeconomic status, and many served on the Pharaoh’s court or as priest or priestesses. Of this group, the most ancient Egyptian afflicted with atherosclerosis was Lady Rai, who died between age 30 to 40 around 1530 BC. She was the nursemaid to Queen Ahmose Nefertiri, living 200 years prior to King Tutankhamun.

To discover the basis behind the findings of heart disease, researchers looked into the diets of elite Egyptians.

Wealthy and elite Egyptians ate a lot of fatty meats from cattle, geese, and ducks, and used plenty of salt for food preservation. "Atherosclerosis is ubiquitous among modern day humans and, despite differences in ancient and modern lifestyles, we found that it was rather common in ancient Egyptians of high socioeconomic status living as much as three millennia ago," says UC Irvine clinical professor of cardiology Dr. Gregory Thomas, a co-principal investigator on the study. "The findings suggest that we may have to look beyond modern risk factors to fully understand the disease."

It looks like we may have more in common with the great leaders of the ancient world than we so often think. And we all need to eat more fruits and vegetables.

Learn more about heart disease and check out our other History of Medicine stories.