Overhaul in the Treatment of Kidney Disease is Long Overdue, Kidney Transplant Surgeon Explains the Importance 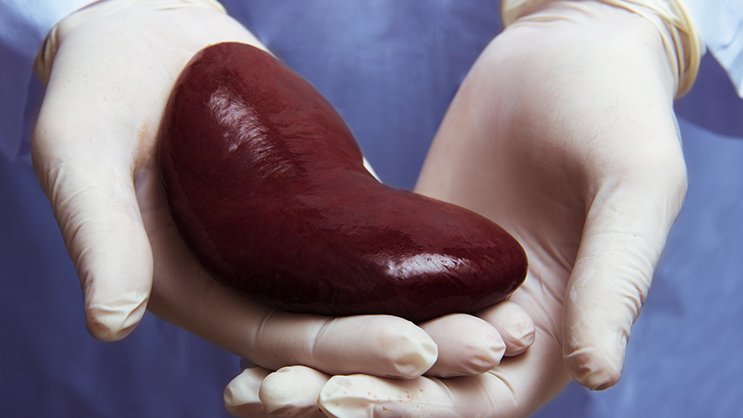 Three main issues plague the way we treat kidney disease in the United States: the business of dialysis, access to kidney transplants, and monetary barriers that stand in the way of donating a kidney to someone in need.

A new executive order pledges to reduce end stage kidney disease 25 percent by 2030. The initiative requires a complete shift from the standard of long-term dialysis and late-term transplant to better care earlier in the disease’s progression. Meaning, access to life-saving kidney transplant sooner rather than later.

“The focus has been on paying for procedures rather than paying for good outcomes,” said Alex Azar, Secretary of Health and Human Services at the press briefing. “We’re going to flip that around.”

“This is a great thing,” exclaims Lloyd Ratner, MD, Director of Renal and Pancreatic Transplantation at Columbia. Dr. Ratner has pioneered several methods to personalize kidney matching that will help make this pledge a reality, like repairing less than perfect kidneys for transplant, incompatible donor filtering treatments, and kidney swaps.

Dialysis is a growing 100-billion dollar industry worldwide, and clinic-based dialysis care in which people are hooked to massive machines for hours on end has remained largely unchanged since their inception.

“Financial incentives for dialysis units, companies, and doctors are in favor of dialysis, and not patients,” explains Dr. Ratner. “Getting more people referred for transplant earlier is important—referring sooner rather than later should be the norm.”

The executive order aims to address the next step too—making it easier for the average American to donate a kidney. “Living donors are heroes. They save lives,” says Dr. Ratner. “But there remain immense disincentives to donating, particularly if you are not wealthy.”

Right now, it’s expensive to give the gift of a donated kidney. Most insurance companies cover part or most of the medical costs in kidney donation, but nothing beyond. “There are some programs for out-of-pocket expenses, but frankly, you have to be really poor to receive assistance.”

Even these programs are limited. “Not many cover things like lodging,” adds Dr. Ratner. “And there are no programs for lost wages or childcare.”

Raising support for people who want to save lives is long overdue. With initiatives that abate barriers to altruism, kidney transplants will hopefully become more accessible. “We’ve proven [at Columbia] that if you remove these disincentives, more people will donate,” says Dr. Ratner. “Steps forward are a great thing, we will be able to save many more lives.”