Life After New York: Two Wildland Firefighters on What They Learned at the Armory Covid-19 Vaccination Clinic 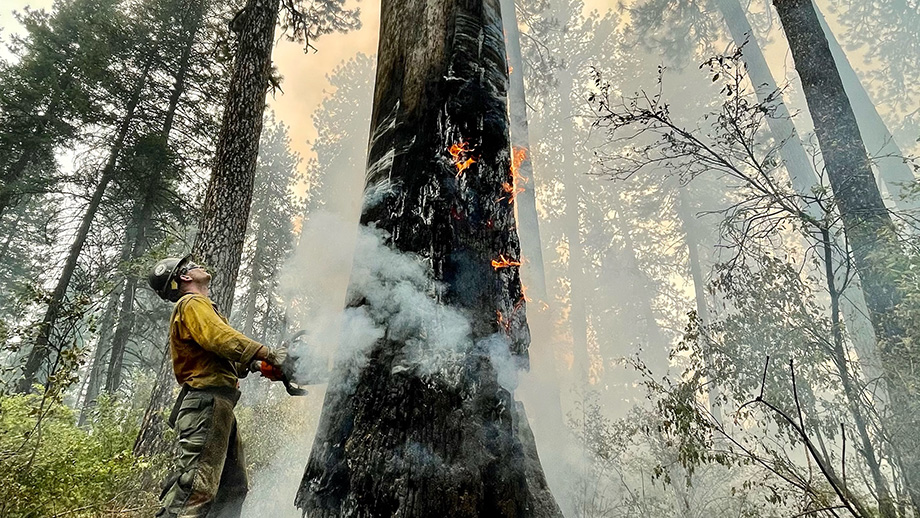 Noah Landguth and Joe Lorenz met on their first day of work as emergency medical technicians (EMTs) in Terlingua, Texas back in January of 2019. They quickly became friends, sharing a love of outdoor adventuring and high-pressure work. After a few months, they parted ways for another shared pursuit—wildland firefighting. Landguth joined a crew in Oregon, Lorenze went off to Alaska (and later Nevada), and they stayed in touch from a distance.

February of 2021 brought with it a reunion in an entirely new landscape: New York City, where they spent a month working at the Covid-19 vaccination clinic operated by NewYork-Presbyterian/Columbia at the Armory Track in Washington Heights.

In an article published earlier this year, Landguth and Lorenz talked about their experience contributing to the fight against the Covid-19 pandemic. Several months later, we caught up with them from their respective home bases to learn more about their time in New York, their work during the record-breaking 2021 fire season, and what’s next for them both.

Lorenz says Landguth is the one who got him to New York in the first place, texting him to say there was a need for certified EMTs with seasonal work experience. It was an opportunity to work during the offseason “and help people, too,” Lorenz says. In addition to five shifts a week in the vaccination clinic, the firefighters worked for one day a week assisting nurses at the hospital. 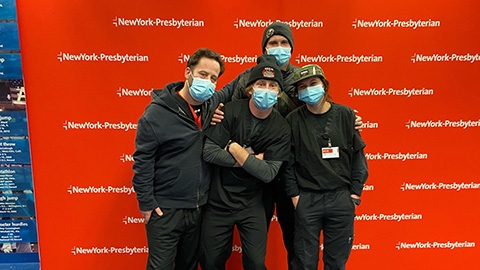 “That was just ten times harder,” Lorenz says. “Everyone says hospitals are busy, but [usually] it’s fine. But in New York, every floor was repurposed.” He remembers working on an oncology floor that had 15 Covid patients to three cancer patients, and being amazed by how busy the nurses were. “It definitely felt like we were helping out the most just being runners,” he says. During hospital shifts, they took vitals on all incoming patients, answered call buttons, and helped nurses move and bathe patients.

Landguth was impressed by “how much time [the nurses] spent there and how much effort they put into each one of their patients.” As an EMT, he’s used to being with patients for a short time at the scene of an emergency, and transferring them to definitive care as soon as possible. In the hospital, he saw nurses spend all day, every day with the same patients. “Dealing with patients in that scenario isn’t necessarily my strong suit,” he says. “You have to have a lot better bedside manners.”

Lorenz gently disagrees, saying, “I think we were pretty good at it. We were doing a lot of multitasking, and Noah’s really good at that.” Both men say their time in the hospital made an even bigger impact than working in the vaccination clinic because it brought them face to face with the realities of the pandemic, and the dedication of the medical professionals working throughout it. “I'm so impressed with the people that do that on a daily basis,” Landguth says.

After their assignment in New York ended, they rejoined their respective fire crews, Landguth in Nevada and Lorenz in eastern Oregon. In the past, a typical fire season schedule meant working 1,000 hours over a period of six months, spending 16 hours a day—every day—doing grueling physical work. During the record-breaking 2021 fire season, in which 44,600 wildfires across the U.S. burned over 6 million acres of land, they added an additional 1,000 hours of overtime.

Landguth says a lot of people picture firefighters “driving around in big red trucks and going inside buildings saving babies,” but as wildland firefighters, their job is quite different. “We’re out in the woods, we hardly ever use water,” he explains. “Mostly we focus on cutting fuel breaks from the fire. Instead of removing the heat from the fire, we’re removing the fuel from the fire.” 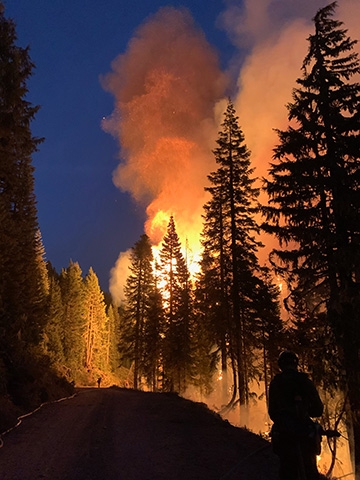 Lorenz calls wildland firefighting “kind of a young man’s game.” In addition to the toll it takes on one’s body, it means spending all summer away from home. “It’s basically impossible to have a family,” he says. But it can also be a lot of fun. “It's really hard work when you're on a hotshot crew...but I don't really have a big ego about it,” Lorenz says. “We're hiking a lot. We’re sleeping on the ground under the stars.”

Lorenz is still deciding whether or not he’ll return to firefighting next year. Right now, he’s focusing on the outdoor adventure company he started with his girlfriend Tara Shackelford. Hidden Dagger Adventures offers day hikes, overnight canoe and backpacking trips, and jeep rides through the rarely-seen land on the outskirts of Big Bend National Park in Texas. “Running our own business has been challenging so far, but I think it will be rewarding because we both like that lifestyle,” Lorenz says.

Landguth is definitely going back: “I anticipate wildland firefighting to be my career,” he says. In the offseason, he’s making the most of his time with friends and family, and training to stay in good shape for next year. A dedicated trail runner, Landguth plans to spend this winter training to break the time record for Boise’s “grand slam” peaks—four summits totaling 34 miles with elevations over 11,000 feet.

Both men recall their time in New York fondly, speaking to the camaraderie among fellow volunteers—which included several other wildland firefighters from around the country—and the support and dedication of Columbia/NYP staff. 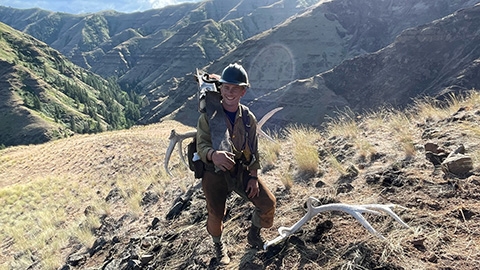 To support wildland firefighters in their dangerous and difficult work, visit the Wildland Firefighter Foundation, which helps families of firefighters injured or killed in the line of duty, and the Grassroots Wildland Fire Committee, an organization dedicated to advocating for “proper classification, pay, benefits and comprehensive well being” for federal wildland personnel.

And if you happen to see somebody driving around in a green or yellow fire truck from the fire service or Bureau of Land Management, “just give them a wave and let them know you appreciate the work they do,” Landguth says. “It goes a long way.”