Walking through the Pain: One Woman’s Battle with Claudication 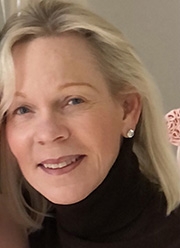 “I was experiencing claudication, but I didn’t know what that was,” said Sheila Klein, 67, of New Canaan, Connecticut. “There was nothing on my radar that said: ‘you have a problem’ other than the fact that I had pain in my right calf.”

At first, she thought her leg pain was a hip problem and went to a physiatrist. “She ran a series of tests and watched me walk. She said, ‘You know, I don’t see anything on the MRI. Maybe you should see a vascular doctor,’” explained Sheila.

Instead, she called her cardiologist whom she had known for years. “He put a couple of dopplers on my feet and said, ‘You don’t have vascular disease, Sheila!’ I asked what did I have and he told me ‘I don’t know,” she explained. “So I let it go.”

Ultimately, it took seeing her gastroenterologist a year later that led to a diagnosis for her leg pain.

“She asks me how I am and I tell her that every time I walk I’m dying. She literally jumps over the desk and says to me, ‘You need to see a vascular doctor immediately. I’ll give you a number.’”

Trusting her gastroenterologist, Sheila took the number and went to see a local vascular doctor. She was told she had peripheral vascular disease after ultrasounds and an examination of the blood pressures in her legs.

Before she left, the vascular doctor gave her a piece of somber advice. “He said to me, ‘You should call your cardiologist, because if you have this in your legs then you probably have it in your coronary arteries.’”

Sheila called her cardiologist and they ran some additional tests to look for coronary artery disease. One of the tests was a calcium score, which looks for early signs of cardiovascular disease.

“My calcium score was 710, which was kind of a mind-blower for me,” said Sheila. A score above 300 suggests the presence of severe coronary artery disease.

The high calcium score was the final straw for Sheila. She convinced her doctors to perform an angiogram. It turns out her right femoral artery was almost completely blocked.

“I wanted an answer. Why couldn’t I walk this out?” said Sheila. “That’s how I ended up in Dr. Morrissey’s office.”

“He said, ‘I can make you perfect, Sheila.’ I kind of chuckled. Really? I’ve been suffering for two and half years and he can make me perfect?”

“There wasn’t much to think about. By that point, I was so low. I had to do something,” said Sheila.

After stent interventions in both legs—a second angiogram showed her left femoral artery was also blocked—Sheila was walking again.

“I actually walked without any pain at all after [that last] stent. And that was it,” said Sheila. “I do wonder still when the bomb is gonna drop—if the stent is going to fail. But I’ve walked for four months now. It’s been perfect.”

As someone with a chemistry background and an avid reader, Sheila is still baffled at how she knew so little about what was going on with her legs. “My question is, how many people are also living with claudication and not know what it is?”

Claudication is defined as muscle pain made worse with physical exercise and improved with rest. The cause is inadequate blood and oxygen delivery to the muscle because of a blockage in the blood vessel supplying it.

“It’s like I’m not getting enough oxygen to my calf muscle,” said Sheila. “When I tried to walk through it I would lose feeling in my feet. My leg couldn’t function.”

Sheila has found out since that she also has coronary artery disease. “I have fifty to sixty percent blockage in my coronary arteries. I’m now on a high-intensity statin,” said Sheila.

Statin medications help control cholesterol and are given to people with heart disease or at high risk of getting heart disease.

“My father was fit as a fiddle and he still died from heart disease at 56. My cardiologist knew about this. How did this get missed?” asked Sheila.

Although routine tests for cholesterol, blood sugar, and blood pressure can help determine a person’s risk of having heart disease, family history is also an important factor.

“I have six siblings. I just found out my oldest brother has been on a statin basically his whole life, since our father died,” said Sheila. “I didn’t know. It just wasn’t something we had ever talked about.”

After nearly four long years, Sheila is now back to her active lifestyle. She hikes or walks almost every day. “My legs are still perfect,” said Sheila. “Not only did Dr. Morrissey save my life, he saved my spirit.”