History of Medicine: Assassins, Embroidery, and the Origins of Vascular Surgery 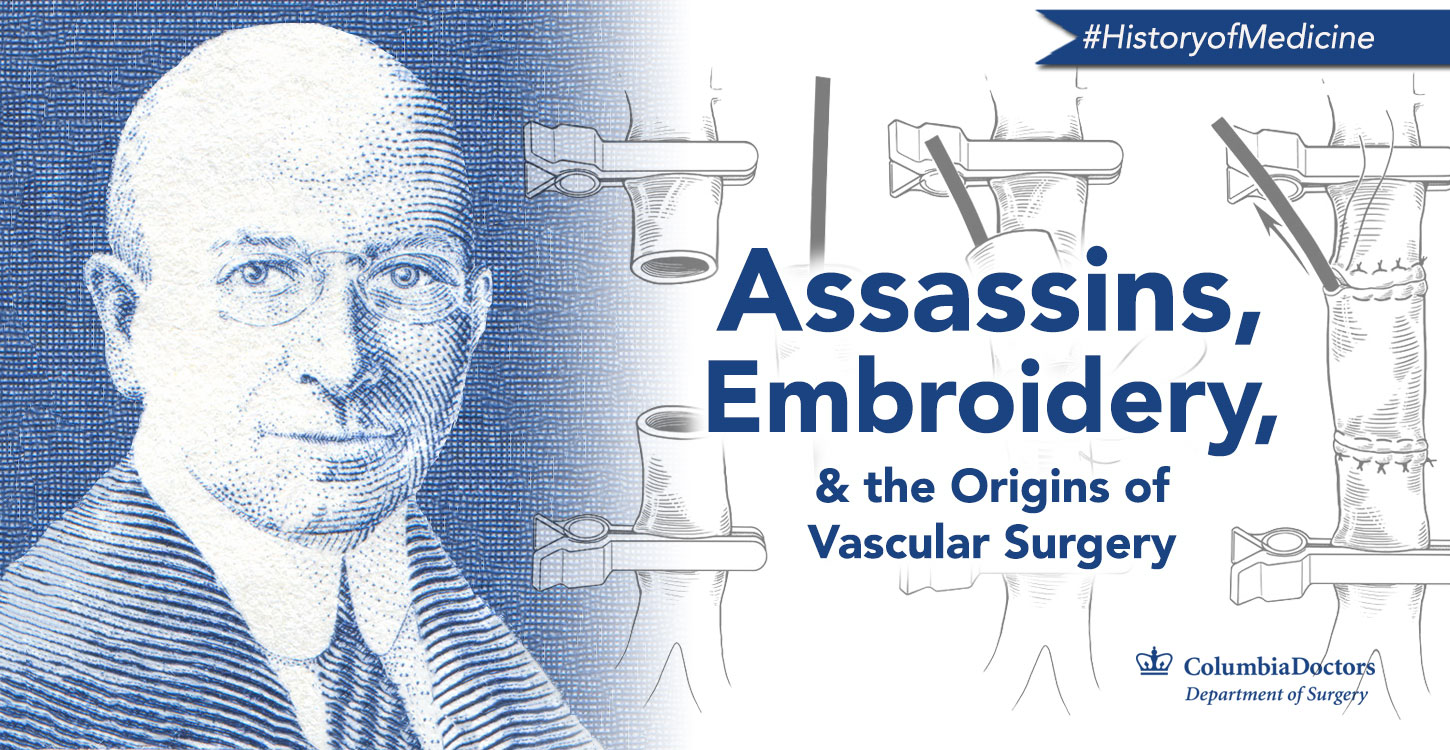 On the evening of June 23, 1894, French President Sadi Carnot left a banquet in his honor to head to the theatre, weaving his way through a throng of supporters. As he boarded his carriage, an angry young man suddenly jumped from the crowd and thrust a dagger into the President’s abdomen. The assassin was apprehended on the spot, but Sadi Carnot had been fatally wounded. He died shortly after midnight.

The ghastly nature of this crime shook the whole world, but it had an especially profound effect on a young French surgeon named Dr. Alexis Carrel. Dr. Carrel knew he might have been able to save the President’s life if he had been able to do what was then considered an impossible task: to repair severed abdominal blood vessels.

Drawing on skills he had learned from an embroideress, Dr. Carrel set his mind to develop methods of reconnecting blood vessels in a way that might be able to save patients with similar vascular injuries.

Using a small needle and fine silk thread, Dr. Carrel developed techniques to sew blood vessels that laid the foundation for many of the vascular surgical techniques used today. In addition to his end-to-end reconnection of arteries and veins – known as “vascular anastomosis” – he also developed ways to minimize infection and prevent dangerous blood clots.

After moving to America in 1905, Carrel began applying his concepts to kidney transplants and the preservation of tissue outside the body. He would soon go on to collaborate with friend and aviator Charles Lindbergh in developing the first perfusion pump, a critical step in the development of organ transplantation and open-heart surgery.

In 1912, Dr. Carrel was awarded the Nobel Prize in Medicine in recognition of his work on vascular suture and the transplantation of blood vessels and organs.

Check out other Interesting Stories in Our "History of Medicine" Series:

NOTE: The illustration of the surgical technique depicted above is a more modern technique and appears courtesy of the American Heart Association