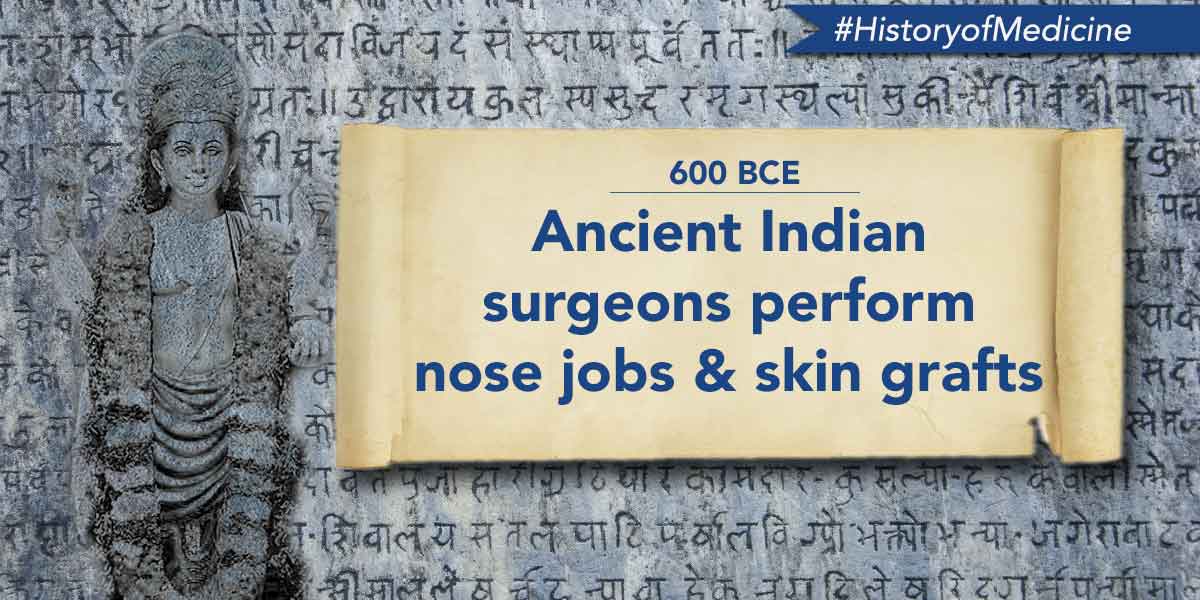 Think plastic surgery is a modern luxury? Think again. It turns out that the roots of cosmetic and reconstructive procedures go back more than 2500 years. It's a common misconception that the "plastic" in "plastic surgery" refers to an artificial material when it actually derives from the Greek word, plastikos, meaning "to mold" or "to give form."

During the 6th Century BCE, an Indian physician named Sushruta – widely regarded in India as the ‘father of surgery’ – wrote one of the world’s earliest works on medicine and surgery. The Sushruta Samhita documented the etiology of more than 1,100 diseases, the use of hundreds of medicinal plants, and instructions for performing scores of surgical procedures – including three types of skin grafts and reconstruction of the nose.

Skin grafts entail transplanting pieces of skin from one part of the body to another. Sushruta’s treatise provides the first written record of a forehead flap rhinoplasty, a technique still used today, which a full-thickness piece of skin from the forehead is used to reconstruct a nose. At that time, patients in need of that procedure generally included those who had lost their noses as punishment for theft or adultery.

Today, surgeons use skin grafts to restore areas that have lost protective layers of tissue due to trauma, infection, burns, as well as to restore areas where surgical intervention has created a loss of skin, as can happen with melanoma removal. Some grafts include blood vessels and muscle, such as in reconstructive breast surgery.

Amazingly, these techniques are all explained in the Sushruta Samhita.

Check out other interesting stories in our "History of Medicine" Series: