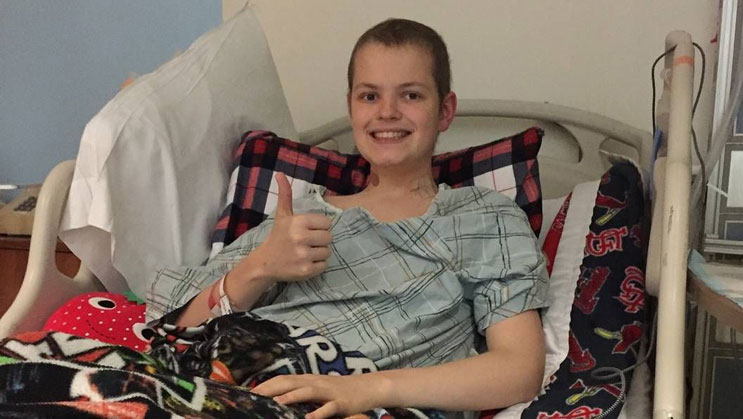 Fibro is short for Fibrolamellar Hepatocellular Carcinoma, a wily and unpredictable disease that behaves differently from any other liver cancer. It’s ultra-rare, with only 200 new cases diagnosed in the world each year, and is devastating for teens and young adults. Because there are few tell-tale symptoms, most patients are diagnosed late. By then their disease has progressed and is far more difficult to treat. 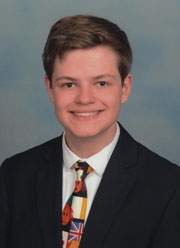 Jackson Hendrix, an eighth-grader who excelled in science and played drums in a rock band, learned about it when he grew ill in the summer of 2015.

"We went to Disneyland as soon as school was out," Jackson recalls, "Then around the 4th of July, I felt a lump in my abdomen, and the doctors found a mass on the right side of my liver the size of a softball."

Jackson’s parents, Christopher and Carol, were devastated. "On our son’s 15th birthday, July 9th, we were told he had a very bad cancer, meaning it was so advanced, there was no cure," says Carol, "only the possibility of some relief through surgery."

Hesitant to operate, the medical team started Jackson on chemotherapy hoping to shrink the tumor. "I lost most of my hair, weighed only 109 pounds, and at 5’6" that was clearly a problem. I also had severe blisters on my hands and feet," Jackson says. "I missed a lot of my freshman year and was in a wheelchair my first semester. But my school was incredible. Most teachers would take whatever assignments I turned in, and others were willing to meet with me on weekends for extra help."

By September, the medical news was mixed. Jackson’s tumor was smaller, but the cancer had invaded the portal vein, clamping off the blood vessel connecting the liver to the intestines.

Saying it was impossible to operate, doctors suggested chemo-embolization, a minimally invasive procedure to cut off the blood supply to Jackson’s tumor. The radiologist scheduled to do the procedure wasn’t that confident, however, and said there was a one in four chance Jackson wouldn’t survive. The Hendrix family didn’t like those odds, so they turned elsewhere for help.

In November, they drove to M.D. Anderson Cancer Center in Houston. Experts there discovered a new tumor on the left side of Jackson’s liver. They took it out but left the original tumor in place, explaining that it was too large to remove, noting that this cancer was so aggressive it would probably grow right back. The doctors at M.D. Anderson then prescribed multiple rounds of aggressive chemotherapy and a course of Y-90 radiation to reduce the tumor. Then Jackson went back to Memphis and started the new treatments.

Since Jackson’s parents are both in the medical field, they started reaching out to other surgeons around the country, looking for one with enough skill and confidence to operate on Jackson’s tumor. A specialist at UCLA pointed them in them in our direction. "Go to Tom Kato at Columbia," he said. "He’s the only one who can tackle this."

While they planned the trip, the Memphis community galvanized, holding fundraisers to help pay for Jackson’s travel and medical expenses. In September 2016, the Hendrix family flew to New York.

Dr. Kato felt this was the perfect window of opportunity to operate. The chemo had worked—at the very least it had kept Jackson’s tumor from getting larger. Even better, he felt that Jackson’s tumor was slow growing. That meant surgery could really make a difference.

"When we when to meet Dr. Kato, we made a side trip to Strawberry Fields in Central Park," says Jackson, who was calm and upbeat. "I’d played a Beatles concert back in Memphis, so this was fun. My surgery was scheduled a few weeks later on Halloween. All the ICU nurses had on costumes. Coming out of anesthesia was pretty weird—and it was even weirder to wake up and find yourself being cared for by a bunch of nurses dressed like cats!"

This time, the news was good. In an intense fourteen-hour procedure, Dr. Kato had removed all of Jackson’s tumor, taken out his gallbladder and rerouted his bile ducts. He had also harvested a portion of Jackson’s internal jugular vein and used it to bypass the blockage in his portal vein. The operation had been a complete success.

"We know this kind of cancer is tenacious and has a way of coming back," Carol says, "but with Dr. Kato on our side, we feel that we can deal with whatever happens next." The oncologist who diagnosed Jackson in 2015 said he might live three years. But Jackson and his new medical team proved them wrong. He's passed that mark, been accepted into the National Honor Society, and is now heading off to college. "I like science," Jackson says, "and I’d like to study medicine."

Carol now works with a patient advocacy group and has referred many families to Dr. Kato who she says has "rock star status in the fibro community." And Columbia has set up a special fibro program to help more young people fight this disease.