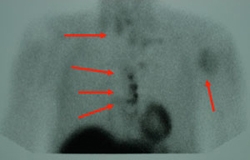 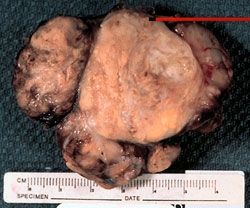 After the operation, the patient must be followed closely with blood tests and imaging tests like an ultrasound or PET scan at regularly scheduled times to look for recurrence (i.e. cancer that grows back). If there is a recurrence, most patients will have another operation to remove as much of the cancer as possible. Patients may also be started on a medication called Cinacalcet (Sensipar), which tricks the body into lowering the blood calcium levels. Chemotherapy and radiation therapy do not work well against parathyroid cancer.