History of Medicine: The Galling Gallbladder 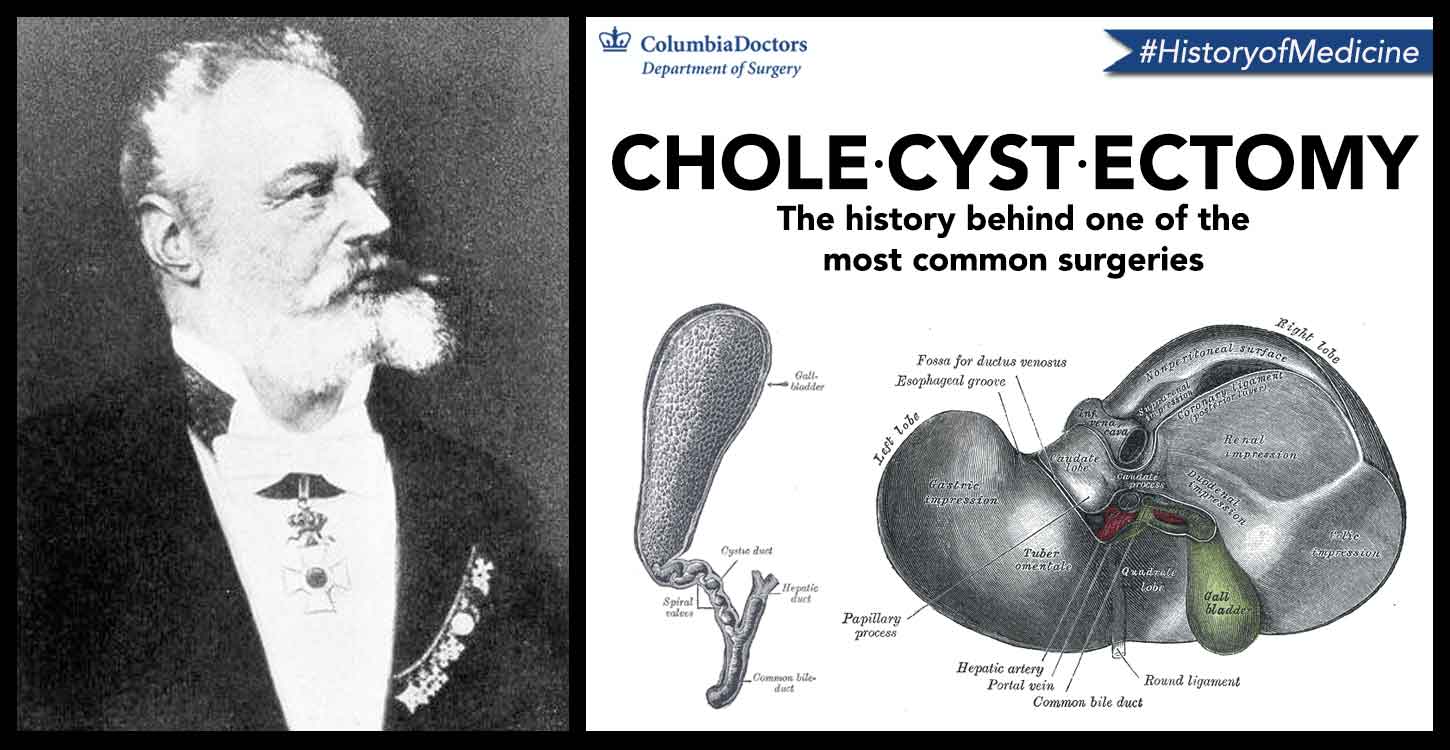 But removing the gallbladder is a relatively recent development. Prior to the late 1800s, doctors treated gall bladder diseases with chole-cyst-ostomy -- procedures to cut it open, remove stones, and drain fluid -– but they feared that removing the organ entirely would kill patients. Physician’s attempts to drain or clear the gallbladder of stones would provide temporary relief, but would leave patients with fistulas and continued pain.

In the late 1600s, two Italian doctors had in fact demonstrated that animals could live without the gall bladder, but that discovery was all but forgotten until the 1800s.

Frustrated that his patients continued to suffer after procedures to drain or clean out the gall bladder, German physician Carl Johann August Langenbuch, the 27-year-old director of the Lazarus Hospital in Berlin, became determined to give these patients a cure rather than temporary relief. Dr. Langenbuch first practiced on a cadaver, and then in 1882, he performed a chole-cyst-ectomy on a man who had suffered from gallstones for 16 years, effectively curing his painful condition overnight.

By 1897, over 100 cholecystectomies had been performed, and it was clear that removal of the gallbladder not only would not kill patients, but could in fact provide a pain-free future. With chole-cyst-ostomy procedures given the official back seat, open chole-cyst-ectomy became the gold standard for close to a century.

NOTE: The dashes inserted into the words above are solely for pronunciation assistance and do not appear in the correct spelling of the words.