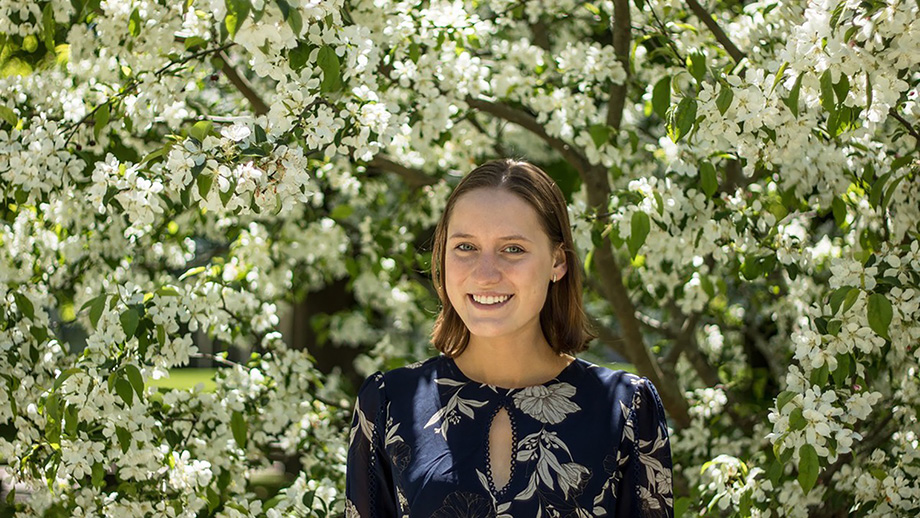 The first time Julija noticed something abnormal about her chest was in middle school.

“To state it plainly, I had a dent in my chest,” said Julija Paulius, 24, of Allendale, NJ. “Growing up, I had often wondered why I had a concave chest. I was already extremely thin and had a crazy high metabolism, but an odd dent in my chest too?”

It wasn’t until college that she received a diagnosis: pectus excavatum, a congenital deformity present at birth.

“When I received the initial diagnosis, I was quite relieved. There was just so much Google could tell me versus a licensed doctor at one of the world’s best hospitals. I knew nothing about my options for surgery or that others had the same condition,” said Julija.

She hadn’t experienced any physical symptoms and was surprised to learn the possible complications of her condition.

“I was honestly quite shocked to learn that I only had 75 percent use of my lungs. All of my life, I had felt like I was breathing normally. I was never a strong runner, which makes a lot of sense now,” said Julija.

The surgery to correct pectus excavatum is called the Nuss Procedure, a minimally-invasive technique in which metal bars are inserted behind the sternum to correct the chest wall deformity.

“Two steel bars were inserted underneath my rib cage,” said Julija. “I was 20 years old when I received the surgery. In preparation leading up to the surgery, Dr. Gorenstein was incredible. He answered all of my questions, explained in great detail what would occur during the surgery and what I should expect in recovery.”

The recovery period for the Nuss Procedure typically involves 4-5 days of hospitalization, with additional weeks of convalescing at home. For Julija, recovering back to her whole self took three months.

“I spent one week in the hospital and the remaining months at home. I think the most difficult part of recovery was losing my independence,” said Julija. “I was unable to get out of bed myself or even use the bathroom without the help of my mother or sisters. It was frustrating to rely so heavily on my family when it came to simple tasks that were previously so easy to complete.”

Even a few months out, Julija still experienced discomfort from the procedure from time to time. But she also noticed the benefits of the surgery.

“I experienced aching. I could not lift heavy items for a bit of time, and raising my arms above my head was painful. I did, however, develop perfect posture—slouching was excruciating,” said Julija. “When I do partake in physical activities now, such as running, I notice a difference in my endurance.”

Even so, the road to recovery was as much mental as it was physical.

“I did experience a fair amount of loneliness and fear of missing out,” said Julija. “However, a close friend of mine received a major surgery that summer as well. If I didn’t have my close friend, I think I would have lost my mind.

“She understood the waves of pain, the discomfort, the sadness, and the many trials and tribulations that follow a slow recovery from major surgery. I think the key to recovery and keeping spirits high is finding someone you can talk openly with and hopefully relate to.”

Now four years after the surgery, Julija is glad she went through with the procedure. Life feels remarkably different.

“The Nuss procedure changed my life, plain and simple. After receiving the surgery, I had 100 percent use of lungs and felt happier. For years, I was carrying around this burden and secret. Only those closest to me knew how I truly felt about my condition. I was given this confidence I never had and given a new outlook on life. This surgery has allowed me to grow as an individual and love the skin I am in,” said Julija.

Growing up with her chest deformity, Julija still remembers the psychological pain from looking different and not knowing why.

“I was extremely lucky to be diagnosed and given answers to questions that haunted me all of my life. I only wish that others suffering from the same condition, who may be experiencing psychological symptoms, could be given some solace and information,” said Julija.

For others with her condition, Julija offers her support and guidance. “You are not alone! There are people, like me, who have gone through the same surgery and come out stronger and happier.”