Leading with Compassion: Treating Generations of Families with Colorectal Cancer 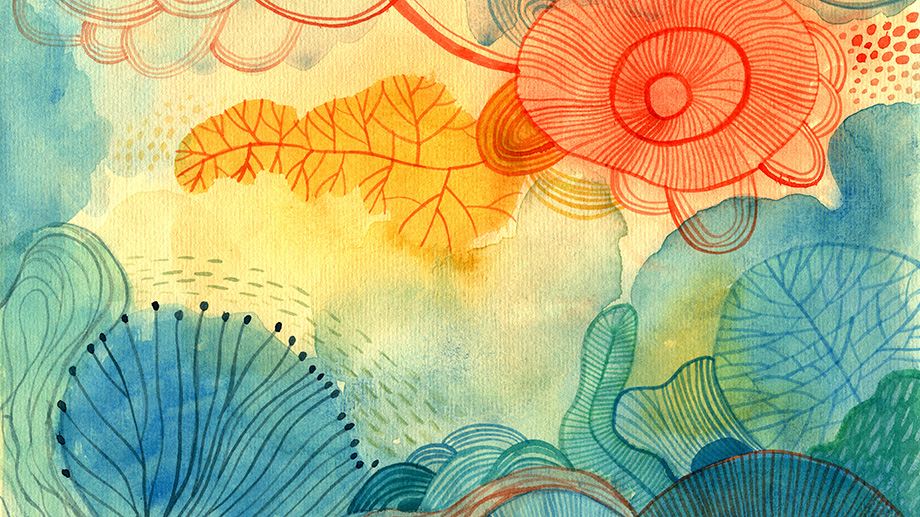 Having a rapport with kids is not something that immediately comes to mind when thinking of a colorectal surgeon, but when treating hereditary colon cancer, it’s a critical part of the job. “Before I was even a doctor, I had an instant bonding with kids,” says James Church, MD, Director of the Columbia Hereditary Colorectal Cancer Center. “I know how to handle children even though I'm not a pediatric surgeon.”

Before exiting retirement to join the team at Columbia in 2021, Dr. Church spent 30 years at the Cleveland Clinic, building and leading one of the most reputable colorectal divisions worldwide. One of his previous (and favorite) mentees, Chief of the Division of Colorectal Surgery at Columbia, Ravi P. Kiran, MD, convinced him to move to New York and pass on his vast expertise to a new generation of surgeons.

“Colorectal cancer is an unusual cancer,” says Dr. Church. While it’s quite common—falling just behind lung cancer and breast cancer as the third most common cause of cancer deaths in the United States—unlike other cancers, “we have access to the pre-cancer stage.”

“Every colon cancer starts off in benign polyps, every single one,” he explains. With colonoscopy screening, polyps can be found and removed before they become cancerous. Even if they’re not found in time, cancers can be identified and treated before they cause symptoms. Something especially important for those with hereditary disease.

About 5 percent of people who develop colorectal cancer have inherited gene mutations that cause the disease. The two most common inherited colorectal cancer syndromes are Lynch syndrome, which develops into cancer with relatively few polyps, and familial adenomatous polypsis (FAP), in which carriers develop hundreds or thousands of polyps in their colon.

Although hereditary colorectal cancers account for a very small percentage of overall colorectal cancer cases, for families carrying the gene, Dr. Church says, “it’s extremely significant.” The syndromes are dominantly passed down, “meaning if a parent has it, then their children have a 50/50 chance of getting it.”

During his tenure at the Cleveland Clinic, Dr. Church oversaw a registry of families with hereditary colorectal cancer that allows coordination and integration of care for affected adults and children in all stages of disease. Over the course of his career, he’s worked with thousands of families with FAP. Treating “some of the most tricky, most difficult cases,” and sometimes treating up to four generations of a single family at a time.

“Quite often in the summer holidays, Mum and Dad and the kids would come and have a couple of days in Cleveland,” he says. “They’d see the Rock & Roll Hall of Fame, catch the Guardians game, and then come and have their colonoscopies and their other tests and go home. And then they might come back for surgery if and when they need it.”

Eventually, almost everyone with FAP has surgery to remove the colon (colectomy); there are simply too many polyps to remove successfully with colonoscopy. And 70-100 percent of people carrying the gene will develop cancer at some stage. “It’s not a matter of do they need surgery,” Dr. Church says. “It’s a matter of when is the surgery going to be done, and what kind.’'

For young patients and their parents, surgery can be scary to contemplate. “To take a 13-year-old child and take their colon and rectum out and give them a bag and send them off to school–that’s not good,” says Dr. Church. “We’re guided by the governing principle that we aim to prevent death from cancer. But very close behind is the priority to maintain as normal a quality of life as possible.”

That means tailoring treatment to consider the patient’s age, their emotional, physical, and academic needs, the financial implications for the family, and the severity of the disease. This is where a softness, a natural connection to children proves very helpful. “I must have a kind face,” says Dr. Church, “because I don't frighten the children. I talk to them and take it the way that that particular child wants to go…and I never hurt them.”

Communicating effectively with parents, who are often even more anxious than their children, is another necessary skill. “I know what it’s like to be the father of a sick child, and the thoughts that go through your head,” he says, “so I think I can relate to them fairly well.” When there are tough choices to be made, Dr. Church works with the parents to settle on something that makes sense for the individual family, a treatment plan that adheres to a quality of life they determine together.

“It’s really a privilege to be involved,” he says. “You become part of the family.” He recalls one of his first patient families back in Cleveland, a trio of siblings who all needed pouch surgery in the early 1990s. Years after successfully performing their surgeries, Dr. Church operated on some of the siblings’ children.

A son of the second generation had a daughter, “a little girl who was a really good gymnast.” When she was eight years old, a botched colonoscopy procedure in another city resulted in an emergency operation and a colostomy bag. The family turned to Dr. Church for help; he was able to repair her colon, remove the colostomy bag, and oversee her care for the next several years.

Today, that little girl is twenty years old and they remain very close. As she’s dealt with additional health challenges over the years, Dr. Church was by her side. “There are several photos of me sitting on her hospital bed,” he says, “she even made me a t-shirt that said ‘Best Doctor.’”

In addition to managing patients’ physical health, Dr. Church emphasizes how critical it is to provide and prioritize emotional and psychological support for families with hereditary colorectal cancer. “Imagine that you know you're going to get cancer at some time,” he says. “Every year, you're coming for several checkups; colonoscopy scopes here, there, and everywhere; scans. And then you get the results, and you're worried about your family, and you're worried about your children.”

“These patients go through terrible anxiety, and it’s unrecognized by doctors,” says Dr. Church. After completing the study, he hired a psychologist to join the Cleveland Clinic team that managed FAP patients. This treatment model became the blueprint for the program he is building at Columbia too.

Dr. Church is not a fan of the self-accolades or as he calls it, “horn blowing.” He declares he is simply doing his job as a surgeon and human being. But the comments on an interview from 2016 alone make it clear what an impact he has had on these generations of families. One person writes, “he helps restore quality of life which often overshadows quantity of life.” Another says, “I am one of them who got to live my life and see my daughter grow up because of him.”

In his new role at Columbia, Dr. Church mirrors his decades-long approach to generational care for current and future classes of colorectal surgeons with all the updates he sees fit to take it to the next level. Building a Hereditary Colorectal Cancer Center here in New York City rooted in empathy and understanding before all else and backed by virtually unmatched surgical expertise.

In a column titled “On Compassion,” written for Diseases of the Colon and Rectum Journal, he writes: “Being compassionate is not a weakness. It is as much a part of the care of sick people as antibiotics, chemotherapy, and surgery.”

It’s hard to miss the many generational connections birthed by this compassion that go beyond the patient families themselves. From teaming up with his own daughter on cancer research to surgical training rooted in comprehensive mentorship of the whole person, compassion is the ethos, it’s the family business. And family always seems to come first.