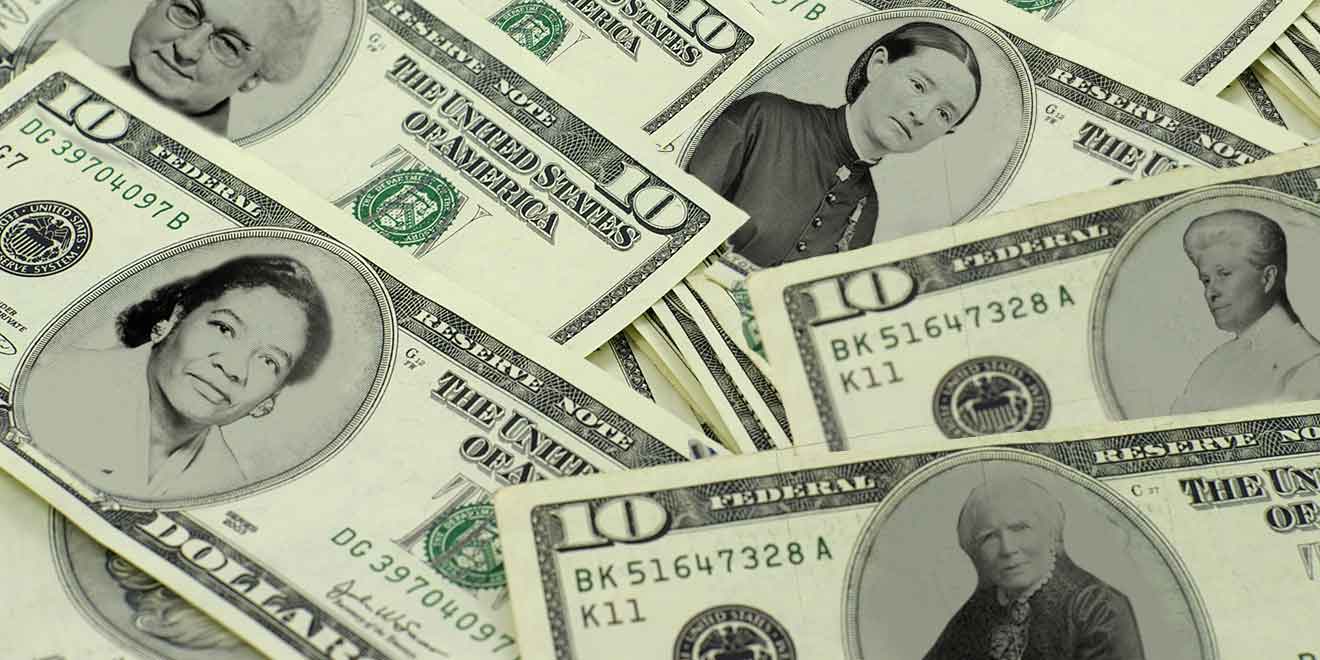 The news that a distinguished American woman will finally grace a bill in regular circulation in the modern era (there have been women on both general circulation and commemorative bills and coins in the past: Martha Washington, Pocahontas, Susan B. Anthony, Sacagawea, and Helen Keller for example) has set off a lively discussion as to who is most deserving of the honor.  Though the candidate pool is a plethora of accomplished figures (Harriet Tubman, Abigail Adams, Rosa Parks, Eleanor Roosevelt, Shirley Chisolm, Jeannette Rankin etc.), we thought there were a few (potentially less well-known) women of immense impact in the field of medicine that might also deserve a look.

Here are our 5 nominations for the face on the new 10 (in chronological order):

In 1849, Dr. Blackwell was the first woman awarded a medical degree in the United States. She had been admitted to New York’s Geneva Medical College by the facetious vote of her fellow students, all of whom thought the idea of a woman studying alongside them was a practical joke foisted upon them by the faculty, practiced medicine in New York City, and opened the “New York Infirmary for Women and Children” (now NewYork-Presbyterian/Lower Manhattan Hospital) which provided healthcare and medical education to and for women. She was on the leading edge of social reform, and encouraged opening medical schools to women in her book “Medicine as a Profession for Women.”

Dr. Edwards Walker was frequently arrested for wearing top hats and masculine clothing.  She became a doctor in 1855 and then a Civil War Surgeon where she was captured by Confederates and imprisoned as a spy.  She is considered the first female surgeon in the United States and the only woman to be awarded the Medal of Honor. She was an early supporter of the nascent Suffrage Movement. Need we say more? Good, we already have. Check out her full story here.

Known as “America’s Florence Nightingale”, Anna Maxwell was one of nursing’s pioneers. An expert organizer and administrator, she was instrumental in the standardization of nursing techniques and pedagogy, and increased public acceptance of nursing as a profession. She was a charter member of a variety of service organizations still with us today, and was integral in the establishment of the Army Nurse Corps, which, under her guidance, proved effective in the Spanish American War and WW1. She would become the superintendent of nursing at Presbyterian Hospital of New York in 1892, and founded what is now the Columbia University School of Nursing.

“It has been said that every baby born in a modern hospital anywhere in the world is looked at first through the eyes of Dr. Virginia Apgar,” according to the National Library of Medicine.  Graduating in 1933 from Columbia University’s College of Physicians & Surgeons, Dr. Apgar was an early leader in the burgeoning study of anesthesiology and was awarded for her efforts with a full professorship, the first such achievement at Columbia’s medical school by a woman. She became interested in obstetrical anesthesia, which studied the effects of anesthesia on both the mother and the newborn during labor. In 1953, her research lead to the Apgar Score, a universally adopted method for evaluating a newborn’s transition to life outside the womb, which is still in use today. The standardized system predicts neonatal survival and neurological development by scoring of the baby’s heart rate, respiratory effort, muscle tone, reflex response, and color.

Dr. Brown led a life of firsts. In 1944, she started studying medicine at Meharry Medical College in Nashville (where she later became a professor of surgery), finished her internship at Harlem Hospital in NYC, and completed her residency at Hubbard Hospital.  She would become chief of surgery at Nashville’s Riverside hospital and the first African-American woman to be made a Fellow of the American College of Surgeons, She also fought a legal battle to become the first single adoptive mother in Tennessee in 1956. In 1966 she won a seat in the state legislature, becoming the first black woman representative in Tennessee. All this for a woman who started life in an orphanage in Philadelphia!