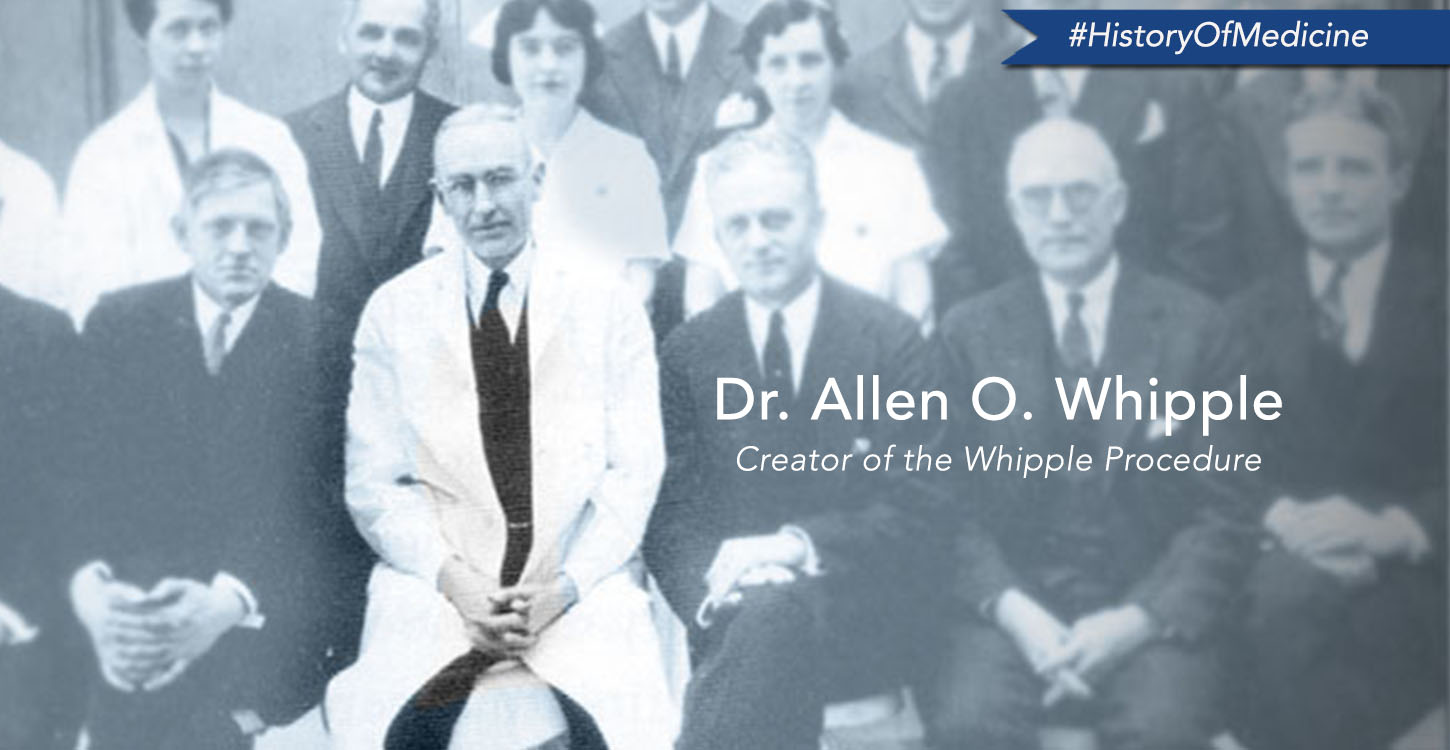 The year was 1935, and Dr. Allen Oldfather Whipple, the wise and respected surgeon-in-chief at Columbia Presbyterian Hospital, prepared to demonstrate his impressive operating skills to an audience of distinguished visitors.  He would be removing a portion of the stomach from a patient with gastric cancer--a procedure Dr. Whipple had performed many times before.

Or so he thought.

As the surgery unfolded, Dr. Whipple quickly realized all was not as it seemed.  His patient did not, in fact, have gastric cancer—he had cancer of the pancreas.

The pancreas is large gland that helps the body digest foods.  It also makes hormones like insulin and glucagon that play an important role in maintaining the body’s blood sugar levels.  And it happens to be located behind the stomach, which makes it a particularly difficult organ for surgeons to operate on.  To complicate matters further, the pancreas is very closely connected to the nearby organs in the abdomen.  It can’t just be removed on its own, the way a kidney or lung can.

With his invited guests looking on, Dr. Whipple had few options.  He would have to improvise. Whipple performed an elaborate operation that included removing the not just patient’s pancreas, but also the stomach, jejunum, duodenum, and common bile duct.

With that one bold move, Dr. Whipple opened the door to surgically curing patients with pancreatic cancer.  His procedure—technically called a “pancreaticoduodenectomy”—remains, to this day, the best treatment option available for many suffering from this deadly disease.

Today, most call a pancreaticoduodenectomy a Whipple procedure, in recognition of Dr. Whipple’s great imagination and courage.  Dr. Whipple continued to pioneer other advances in pancreatic surgery until his death in 1963.