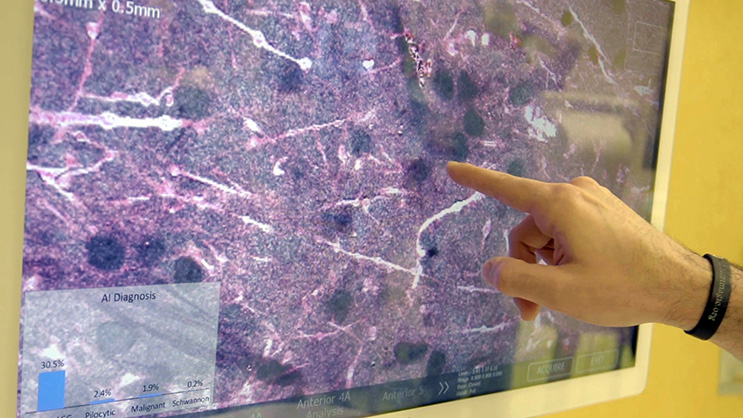 How one medical checkup can snowball into a ‘cascade’ of tests, causing more harm than good

As doctors or patients, we are all familiar with the pattern of “cascade” medical testing. An abnormal test or checkup can lead to a progression of seemingly endless appointments, tests, treatments, and phone calls. Sometimes these tests are critical to getting to the bottom of a problem, and other times the associated cost, stress, pain, and time can outweigh the benefits. A worthwhile exploratory read. (From washingtonpost.com)

A.I. Comes to the Operating Room

An exciting pilot study highlights the benefits of using Artificial Intelligence in the O.R. to diagnose brain cancer faster. The goal of this A.I. is not to replace work by humans, but to develop a new method of intra-operative diagnosis. It’s a tool that saves minutes to hours while patients are under anesthesia—and that’s big.

The participating surgeons at Columbia, University of Michigan, and the University of Miami were keen to highlight that this won’t change brain surgery on the whole, but will certainly improve their ability to predict diagnosis, and in less time. (From nytimes.com)

Wired magazine has a great Youtube series where experts in a given field analyze the way their work or industry is portrayed in film and on television. When Annie Onishi, MD, was a surgical resident at Columbia she did the first Technique Critique of surgery, and now as a full-fledged trauma surgeon, she’s back with the third installment.

The best part is just how good Dr. Onishi is at breaking down the good, the bad, and the ridiculous of medical practice on the screen. (From wired.com)