History of Medicine: The Incubator Babies of Coney Island 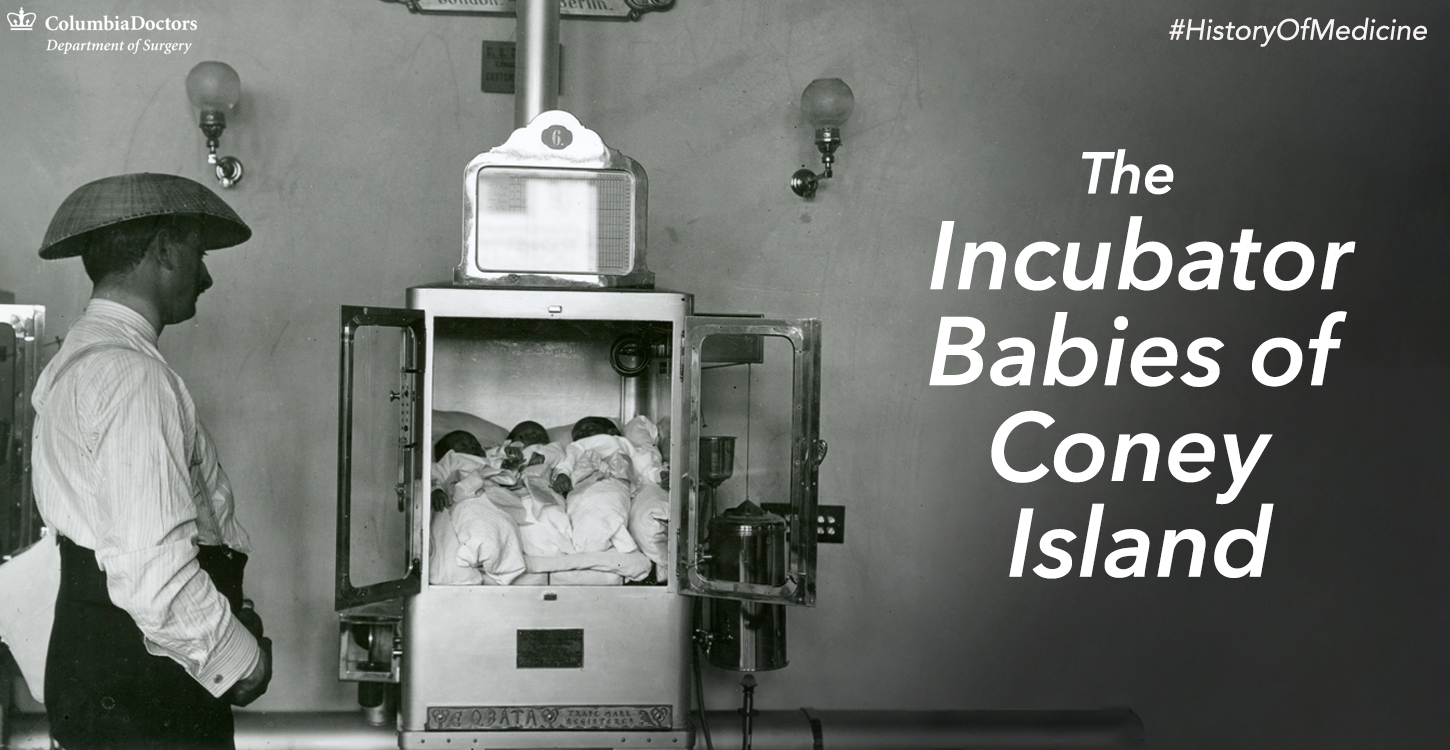 It took a war, famine, and poultry to develop the technological breakthrough responsible for saving thousands of premature infants.  The Franco-Prussian war in 1870-1871, along with a concomitant famine, had contributed to a significant population decline in France.  To increase the growth rate, the French needed to start having more babies, as quickly as possible. But one obstetrician realized that if he could find a way to reduce infant mortality, then the population growth rate problem could be solved far sooner.

That French obstetrician was Dr. Étienne Stéphane Tarnier, who, having observed the benefits of warming chambers for poultry at the Paris Zoo, had similar chambers constructed for premature infants under his care. These warm air incubators, introduced at L'Hôpital Paris Maternité in 1880, were the first of their kind. Dr. Pierre Budin began publishing reports of the successes of these incubators in 1888. His incubators had solved the deadly problem of thermoregulation that many premature babies faced.

Dr. Budin wanted to share his innovation with the world, but few in the stubborn medical establishment would listen. Many doctors viewed the practice as pseudo-scientific and outside the realm of standard care. But Dr. Budin was convinced that the Tarnier incubators would save so many lives that he enlisted the help of an associate, Dr. Martin Couney, in exhibiting the new incubators at the World Exposition in Berlin in 1896.

Apparently blessed with skills in showmanship as well as medicine, Dr. Couney took the assignment perhaps a step farther than what Dr. Budin has originally anticipated; Couney asked the Berlin Charity Hospital to borrow some premature babies for this experiment, and they granted his request, thinking that the children had little chance of survival anyway. When he managed to hire a cadre of nurses to fully demonstrate the capabilities of the incubators, he was ready to take the show on the road.

Nestled between exhibits of the Congo Village and the Tyrolean Yodelers, “Couney’s Kinderbrutanstalt,” or ‘Child Hatchery,’ became a wild success. Remarkably, all six babies in the Tarnier incubators survived. From there, Couney took his entourage to the United States where he went on to share his show at virtually every large exhibition and at the World’s Fair.

He ultimately settled at New York City’s Coney Island amusement park and connected parents eager to save the lives of their premature newborns with circus sideshow visitors willing to pay 25¢ to view the uncannily tiny babies. It was an odd connection indeed, but a brilliant one that kept the warming glow of the incubator lights on for over 40 years, and saved thousands of babies in the process.

Interested in reading more about this incredible story? Check out the NPR/StoryCorps Interview with one of the Boardwalk Babies, and dive deeper into the story with History Detectives profile from the New-York Historical Society.

You can learn more about the latest in neonatal and pediatric surgery here.