History of Medicine: White is the New Black 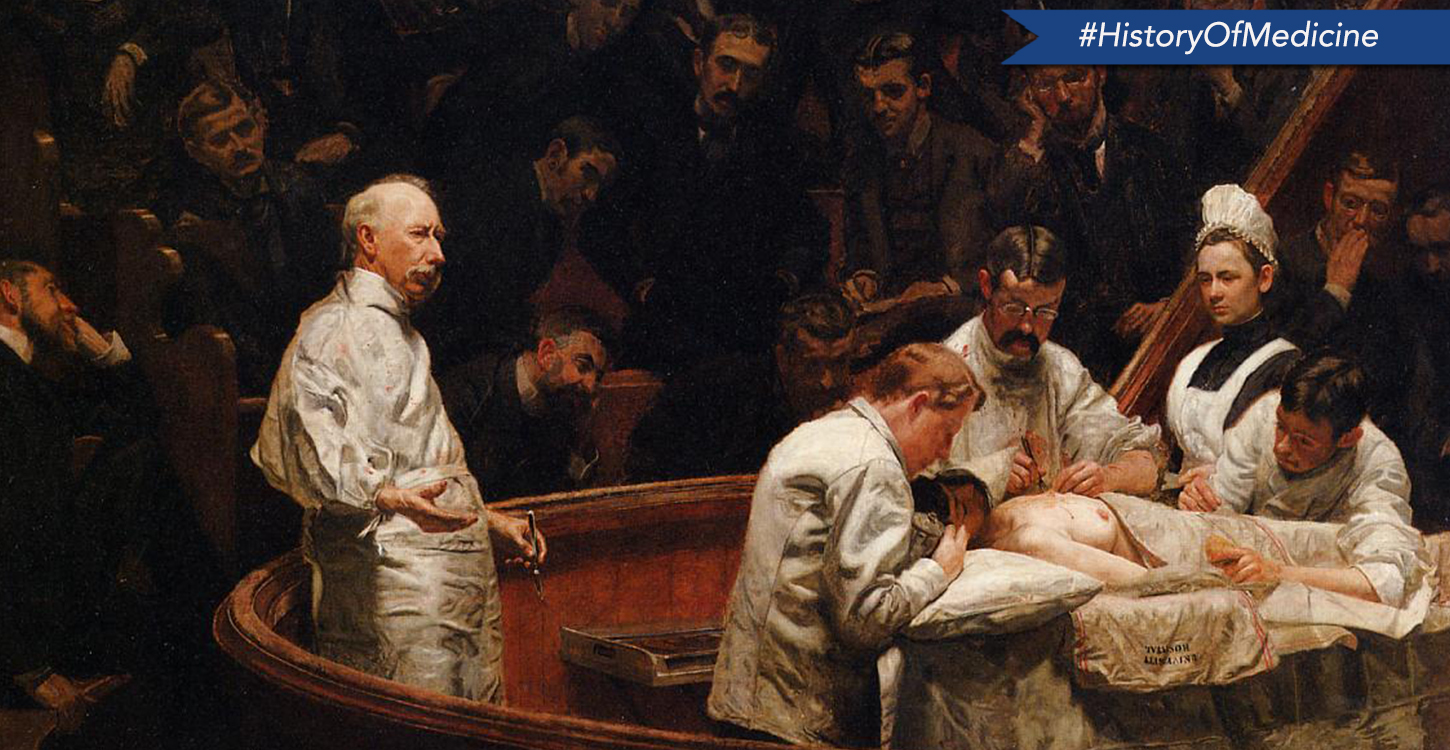 This Halloween, among the ghosts and ghouls, princesses and pirates, you might see a few pint-size doctors approach your doorstep.  They could be clutching a handful of tongue depressors, or maybe they’ll have plastic stethoscopes draped around their necks, but you can be sure that all of them will be wearing the iconic symbol of the medical profession: the white coat.

You might be surprised, then, to learn that before the 1900s, doctors were more closely associated with a darker shade of fabric: black.

In prior centuries, black clothing was worn to reflect the solemn and serious nature of the doctor’s work.

Of course, doctors still do solemn and serious work, so what led to the change from black to white?

To better understand, one needs to look at the state of medicine in the past.  Through much of the 1800s, healing was largely a mystical pursuit, characterized by “cures” that were largely worthless and have long since been discarded. Seeking medical help was often a last resort, signaling that death was imminent.

That began to change in the late 1800s, when a British surgeon named Joseph Lister introduced the concept of antisepsis.  Lister found that he could use carbolic acid to sterilize surgical instruments as a way to prevent bacterial infections during and after surgery. This single advance, beginning in 1867 when Lister published his findings, reduced the risk of death after surgery from over 45% to 15%.

It also had the effect of ushering in a new era in medicine, one in which doctors fully embraced the role of science in their practices.

This was a profound shift, as scientists held the public’s trust, while doctors, due to questionable treatments like bloodletting, by and large, did not.

The adoption of the white laboratory coat, then, was a form of rebranding; by dressing like scientists, physicians gave a visual signal to the public that they were now on board with the high standards that science demands.

Not only did physicians’ dress reflect this transformation, but nurses began wearing white as well. Historians of medicine agree that this change reflected a new attitude of hope, in contrast with the traditional solemn black associated with death.

Today, putting on a white coat for the first time marks an important rite of passage for a young doctor in training.  To acknowledge this, Dr. Arnold Gold, in 1993, created a ‘White Coat Ceremony’ for incoming medical students at Columbia University College of Physicians and Surgeons. As he envisioned it, the ceremony was meant to be a powerful symbol of compassion, honor, and responsibility as they assumed their role as healthcare providers. The ceremony quickly gained popularity and is now performed at medical schools throughout the world today.